Puerco Pueblo is one of many abandoned community sites that has been uncovered in the area, and the structures still visible today give incredible insight into how the ancestral Pueblo people lived. At this site's peak around 1300, it is estimated that as many as 200 people made their home here. Droughts in the late 1200's made life in smaller hamlets difficult, and more collective communities such as the one evidenced at Puerco Pueblo became popular.

This community had an advantageous position along the Rio Puerco, which most likely aided in the development of the pueblo, as the consistent water source that the river provided enabled the inhabitants to cultivate crops. The river also acted as a trade route, which brought commerce and trade to the area. Much like towns and cities today, different rooms in the pueblo were used for different purposes, including storage and living quarters. Much of ancestral Pueblo life took place in the large plaza, and this is where most craftmaking and cooking took place. Kivas, underground ceremonial rooms, were also regularly used. A changing climate and the rise of consistent drought eventually pushed the ancestral Pueblo people from this village, and today visitors will only see remnants of the ancient residents.

A visit to Puerco Pueblo will allow you to admire potsherds and tools that were used by the ancestral Puebloans, and you'll be able to view the brickwork and remains of this once great pueblo. Accessible by a short trail, this incredible archeological and historical wonder isn't to be missed.

Short Walk: A short distance on well maintained trails allows visitors to take in the incredible artifacts left behind. Though the trail is short, summer months in the desert can be hot and dry, so make sure to bring enough water for the trip.

Family Friendly: Family members both young and old will enjoy visiting the pueblo, and the chance to see one of a kind artifacts will delight all visitors. 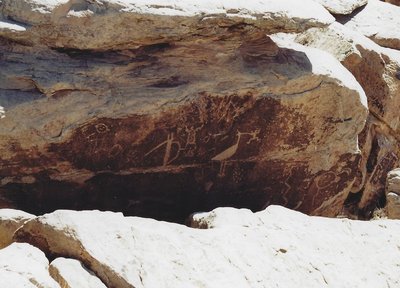 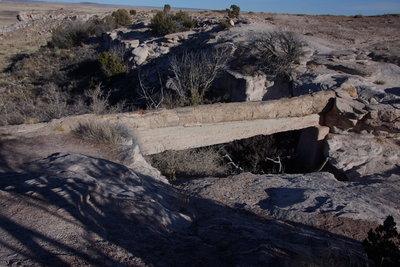