Built in 1858, the Bass Harbor Head Light stands as the only lighthouse on Mount Desert Island and, as such, has become one of the most photographed lighthouses along the northeastern seaboard. There are a few short paths that lead around the lighthouse, of which the easternmost path leads to the iconic viewpoint where the best views are.

The lighthouse was built using $5,000 from Congress when it was determined that adding a beacon to protect ships coming into the harbor was necessary. Back when the lighthouse was originally constructed, they added a few variations on bells and horns, in addition to the light. These have since been retired and the light is all that remains active.

Lighthouses employ a specific type of lens that concentrates light into a strong beam. These lenses are called Fresnel ("fray-nel") lenses, which use many angled sections that allow for the overall material to be lighter than a thicker conventional lens. The Bass Harbor Head Light uses one of these Fresnel lenses whose light can reach up to 15 miles away.

Short Walk: There are a few paths that lead from the Bass Harbor Lighthouse Trail Parking Area. The path that heads to the right (west) gives a great panorama of the harbor and islands beyond the lighthouse with some information placards along the way.

The trail that heads to the left and into the trees, bends back to the east toward the shoreline which arrives at the viewpoint from which so many of the iconic profile shots of the lighthouse are taken.

Family Friendly: A short stroll to a famous lighthouse which is now the private residence for the commander of the local Coast Guard unit. 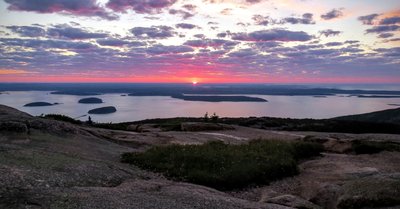 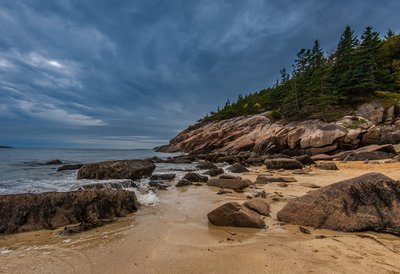 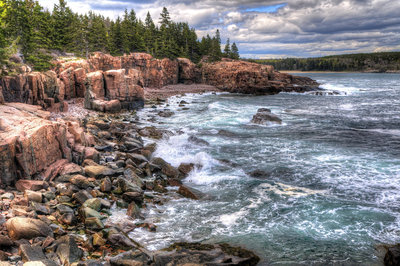 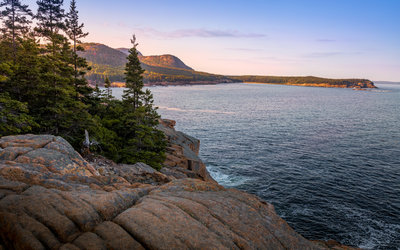 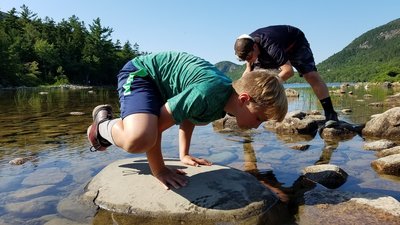 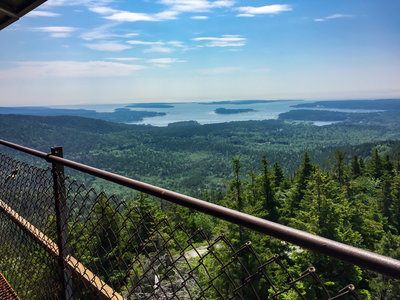 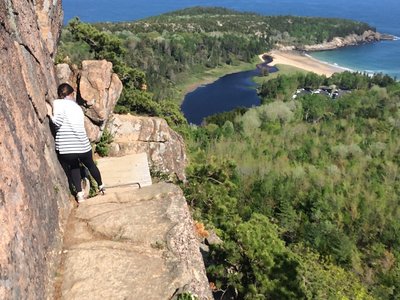