At 365', Bridal Veil Falls is Box Canyon's (the canyon Telluride is in) shining waterfall. The waterfall is two-pronged and has a hydroelectric power plant at the top.

The plant ceased operations in 1953 and was placed on the national register of historical places in 1979.

On the Road: The falls can be viewed up close from a few points along the road. But the closest parking is at the start of the Bridal Veil Trail #636.

Family Friendly: Kids will love seeing this immense waterfall, as well as the hydroelectric power plant. 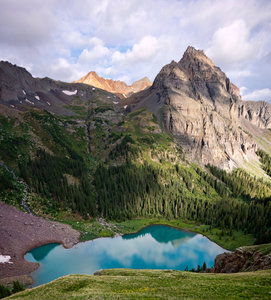