Kachina Bridge presides over the confluence of White Canyon and Armstrong Canyon. It is considered the geologically "youngest" of the three bridges in the National Monument because less erosion has chipped away at the span leaving it thicker than the others. The bridge is named for the Kachina dancers that play a central role in Hopi religious tradition.

As the park's brochures and info boards explain, natural bridges are created differently than arches. Bridges are formed by and span streams of flowing water. Arches are formed by weather-powered erosion or pounding waves.

Short Hike: For folks short on time or not excited to hike, the Kachina Bridge Overlook Trail is a quick option, although the relatively small size of the bridge's hole and its orientation make it difficult to see from the overlook. Another option is to hike the Kachina Bridge Trail, a somewhat steep path with stone steps, some slickrock to navigate and switchbacks. At the trail's end, you'll be able to view Kachina Bridge up close, find petroglyphs depicting dancing figures, and marvel at the 4,000 tons of rock that broke off the underside of the bridge in 1992. 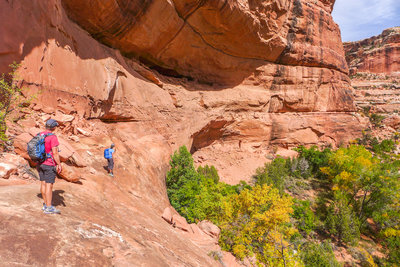 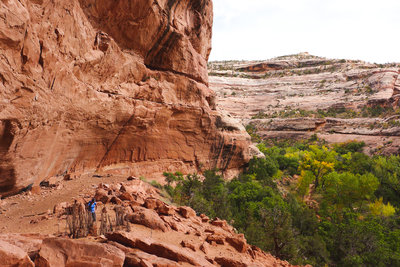 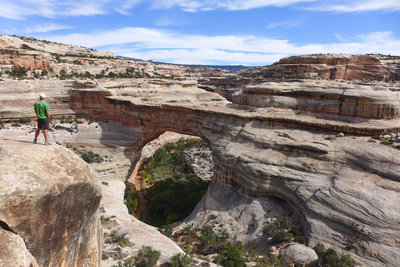 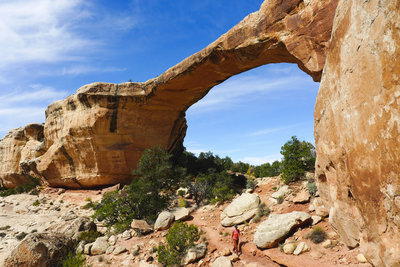