“A steep, technical ascent to Bear Peak from the Mesa Trail. ”

In just under a mile and a half, Fern Canyon Trail ascends over 2,000 feet to the summit of Bear Peak. Obviously, this trail is steep!

Starting from Mesa Trail, Fern Canyon climbs into the woods through a series of switchbacks and water bar stairs. After a short period, the grade backs off significantly - but don't be fooled. After Shanahan Mesa merges from the left, Fern Canyon gets very steep. Enjoy increasingly dramatic views as you ascend and check out the cool rock formations of the Boulder Flatirons.

Eventually, the trail will level out in a saddle and you'll be presented with amazing views of Bear Canyon, The Flatirons, Green Mountain, Boulder and the Continental Divide. This is a great place for a snack, but don't dwell for too long as the views only get better.

Follow the trail to the south for the final approach to Bear Peak. From here, Fern Canyon turns into more of a rock scramble, but it's a great workout and the summit is well worth the work. When you pop out at the top, you'll know it. Scramble up the boulder field to the true summit and take in the 360-degree views. On a clear day, you can see as far south as Pike's Peak and west to Winter Park and the Continental Divide. To the north you might glimpse Longs Peak, Lyons and Fort Collins, and to the east it seems like you can see to Kansas City.

From here, scramble off of the boulder field summit and pick your route down. You can either retrace your steps down Fern Canyon or Bear Peak West Ridge. If you want to stay high, head south on Bear Peak to South Boulder Peak and then head down Shadow Canyon Trail. 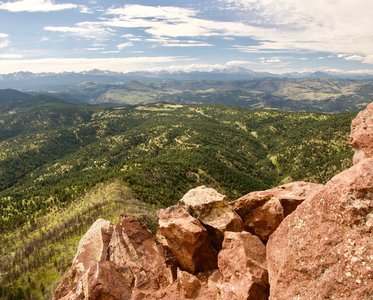 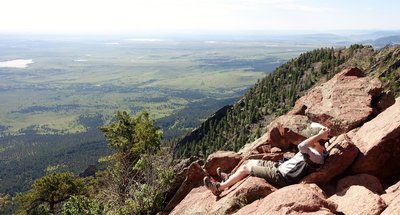 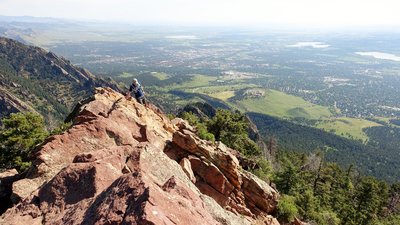 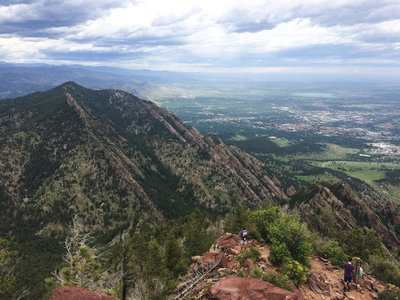 All Clear 77 days ago See History

Bear Peak Out and Back