“Hike amongst Swiss giants on this classic Jungfrau Region route. ”

Closed during winter months due to snow.

This route works its way from the back of natures auditorium all the way to the front - with the views and wonder increasing along the way.

There are restaurants at Alpiglen and Eigergletscher - bring your wallet AND an appetite. The portions are large!

Get up close and personal with some of Switzerland's most picturesque mountains - The Eiger (13,020'), Mönch (13,474'), and the Jungfrau (13,642'). Those looking to get to know these three mountains just a little bit better will revel in the beauty on offer along this route.

Starting from the train station at Alpiglen, the Eiger Trail works its way southeast through an open meadow, be on the lookout for wildflowers, which shouldn't be hard to spot! Shortly after this very steep uphill pitch you'll find yourself starting face-to-face with the Ogre itself.

After ~1.4 miles, the trail only gradually ascends, providing a little respite before it spikes upwards again. If you were smart enough to bring your binoculars you might have the opportunity to crane your neck and see some of the brave souls attempting this mighty climb. If you look closely, you might even see the ladders climbers use to gain access to the rock face itself.

After 2.1 miles the trail heads towards the North Face and pitches steeply again. Clearly the Ogre is punishing you for getting too close... From here the route traverses quite steeply along multiple loose talus fields. To ease the Ogre's grasp a little, the route is dotted with secured ropes, allowing for easier access. Additionally, be sure to check the Hiking Project mobile app along these sections as route finding can be difficult in spring months after the snow has melted.

After finally descending, then ascending along the final pitch of the route you'll finally drop down to Eigergletscher. Once at Eigergletscher, stop, have a drink and behold the stunning views. You've earned it all!

The first ascent of the Eiger was made by Swiss guides Christian Almer and Peter Bohren and Irishman Charles Barrington, who climbed the west flank on August 11, 1858. The north face, considered amongst the most challenging and dangerous ascents, was first climbed in 1938 by an Austrian-German expedition. This team was spurred by a "space race" like battle to ascend this previously thought unclimbable wall just prior to WWII.

Since 1935, at least sixty-four climbers have died attempting the north face, earning it the German nickname Mordwand, literally "murder(ous) wall"a pun on its correct title of Nordwand (North Wall). 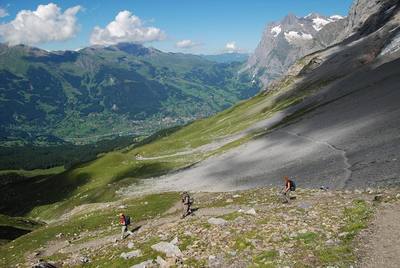 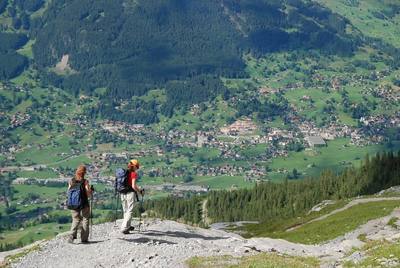 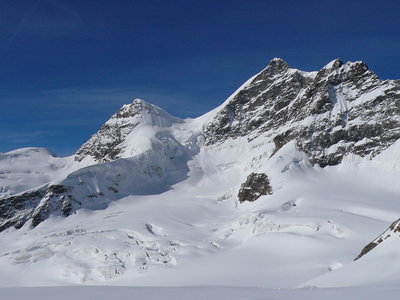 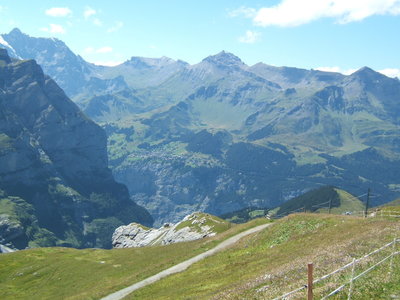 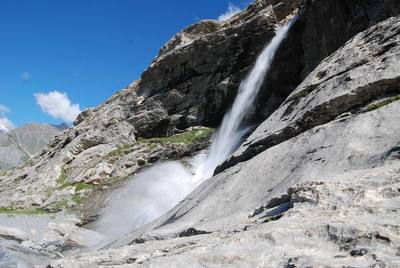 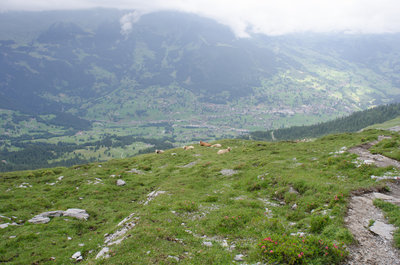 Sep 15, 2019
David Packowitz
Hiked from alpiglen to kleinischidegg. Amazing views and wonderfully difficult! 5 stars! 10.3mi — 4h 30m
Aug 26, 2019
Alexander Albert
Went to Jungfraujoch then got off at eigergletscher and walked down, we then continued to boneron and back to Grindelwald just over 5 hours total. 3.7mi — 2h 00m
May 24, 2019
Nancy Stanley
Accidentally started at the finish, beautiful hike but still lots of spring snow 3.9mi
May 5, 2019
Kritdiphong Athikom
3.7mi
Sep 29, 2018
Adnaan Soorma
Aug 8, 2018
Randy L
Virtually cloudless at the start; thunderstorms expected in the afternoon.
Apr 13, 2017
Seba Rosen
To much snow and ice on ascent section, could be done alone or with young group. Possibility of more ice and or deeper snow on proximity to the Eiger 1.3mi

Belalp to Riederalp Route (Suspension Bridge over the Massa Gorge)