“A point to point hike (two cars) that goes over lakes, streams, with awesome views of lakes. ”

Avalanche pass is closed during the winter.

Follows multiple streams and lakes from Upper Works Road to Adirondack Loj Road. The hike begins with a steady incline and then makes its way around Flowed Lands to Lake Colden. The hardest part will be around Avalanche Lake, so be ready!

There is a lot of rock hopping and even a few boardwalk-crossings over the lake. From here, follow a steady downhill next to a stream past a few Lean-tos to Marcy Dam. Cross the stream there and follow up to the end of the ADK parking lot.

Bring two cars and park at both ADK and Upper Works if you want to make this into a day hike. You can start at either end.

From Upper Works, follow the trail right up by Calamity Brook Trail for 1.4 miles until you get to a T. Going straight will take you over a saddle to Indian Pass Trail. Head right over the bridge and start a steady incline along the stream. About 1 mile in you'll come to a crossing that you can either rock hop across or head up to the left and around a trail to a nice bridge. About a half mile after that there is a monument off to the left.

Continue up until you get to Flowed Lands. Here you can head right or take a short detour to view the lake straight ahead. After taking some time to see the sites, get back on the trail and head left around the lake past a few lean-tos for about 1.5 miles. You'll pass the trail to Mount Marshall on your left and eventually come to a T that will take you to either Mt. Marcy or Avalanche Pass. Turn left onto Avalanche Pass Trail and go around Lake Colden where you'll eventually reach an Interior Ranger Outpost.

After this outpost, the trail gets a bit more difficult. Rock hop and climb next to Avalanche Lake over a few boardwalks for the next 2.1 miles. This can get pretty sketchy in wet weather, so plan accordingly. Have no fear, however, this should easy for the experienced hiker, or a good challenge for a less-experienced one. Head over Avalanche Pass and follow the trail downhill until you cross over Marcy Creek. Along here there are a bunch of lean-tos for 0.8 miles until you go over Marcy Dam.

After Marcy Dam head 1.3 miles up to the ADK parking lot.

The monument about 3-4 miles in is to a man who supposedly accidentally shot himself. 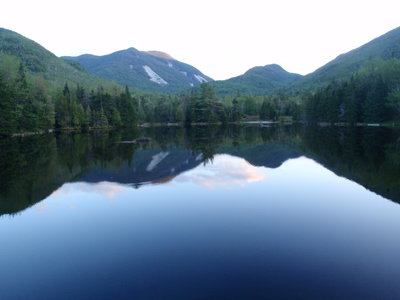 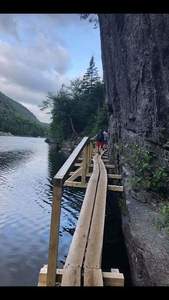 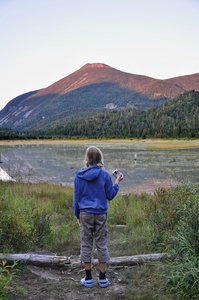 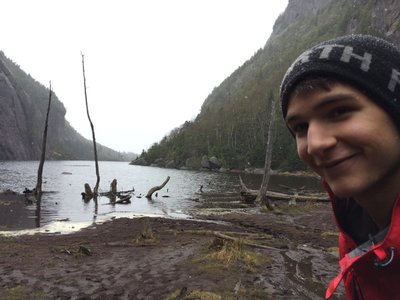 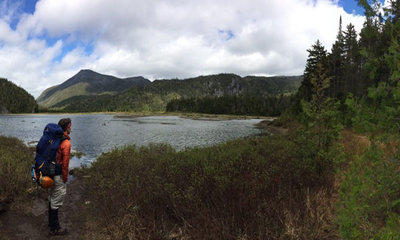 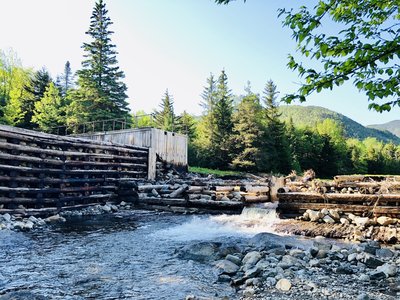 Nippletop and Dial via Elk Pass

Rocky Peak Ridge and Giant Mountain Out and Back

Giant's Nubble Out and Back