“A clifftop trail with amazing views of Logan Canyon, the Logan River, and the China Wall. ”

This trail can be traversed either from the Guinavah Campground or from the Spring Hollow Trail, and either way is beautiful. The way that will be described below is the route from Spring Hollow.

From the split with the Spring Hollow Trail, the trail starts to ascend some switchbacks which quickly do away with the elevation gain. It tends to climb steeply at times, but never gets too bad, thanks to the switchbacks. Eventually, you rise out of the forested area of Spring Hollow to the exposed hillside which lets you get some great views of Logan Canyon, and before you know it, you are done with the short 600 foot climb, and the trail levels out and allows for some easy hiking.

The trail then goes in and out of a few drainages that cut through the China Wall (the cliff band that the trail sits on top of), and as a result goes in and out of wooded areas that are beautiful in and of themselves, especially in the fall when the colors are changing and gorgeous. The trail gets close to the edge of the cliffs several times, which gives you some great views of the cliffs themselves which are really spectacular up close. The trail goes up and down as you cross the top, but eventually reaches the apex near the eastern end and then starts to descend somewhat steeply through the drainage on the eastern end.

As the trail goes down, you end up being able to get some really good views of the China Wall if you stop and take a look, as the trail descends right along the base. There are even certain spots that actually make the cliffs look like a brick wall because of the fractures in the rock. The trail then continues to go down and eventually gets back into the wooded areas and drops back to the trailhead on the eastern side at the Guinavah campground. 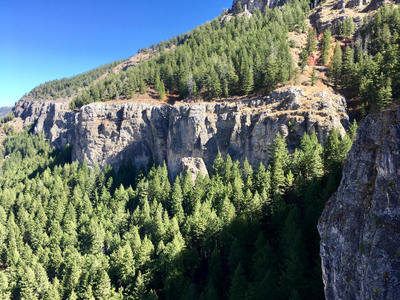 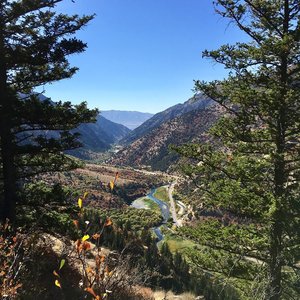 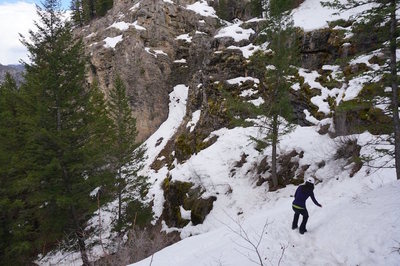 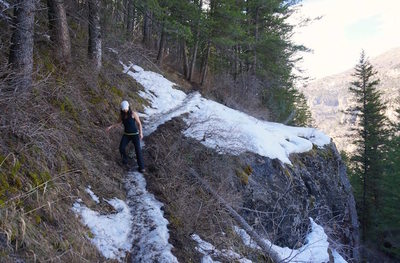 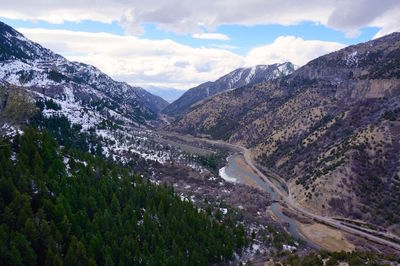 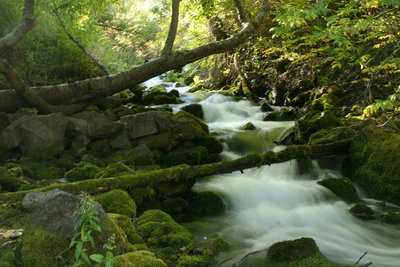 Temple Fork Sawmill Out and Back