“A trail through an old burn area with great spring flowers, birds and some nice river views. ”

Take the road to Apgar Lookout. After crossing over Quarter Circle Bridge, the road works its way along the Middle Fork Flathead River and briefly climbs. Before it turns north, you'll see the trailhead on the left side of the road.

The trail is an old road leading to the ranger station, so much of it is wide and level. You spend a lot of time bouncing in and out of a recent burn which makes for some nice forest birding. While you are close to the Middle Fork, you don't really get many views. Because of the fires, expect to encounter some downfall. Views of the Apgar Mountains are nice, but don't make for very good photos due to the standing burned trees.

You'll pass a couple of small feeder streams and then climb up onto a rocky outcropping before heading back down with a brief view of the river. Visitors will then enjoy a traverse that levels out through the open burn. You then come to the edge of a drop-off down to the river below with nice views. The trail continues from there to the old Ranger Station site, which was burned in the fire. From this vantage point, there are great views of the confluence of the North Fork and the Middle Fork of the Flathead River.

From here the trail travels through more burn, but also spends more time through older stands of trees. Water from a spring often floods a section of the trail which requires some tricky bushwhacking to keep your shoes dry. Beyond that, it's more of the same until you come to a section of inholdings that were parceled out, but never developed. An old burned log structure remains. From here you duck back into the forest until you come to the river.

The trail is most often done as an out and back to the old ranger station site. This is one of the few trails in Glacier that allows mountain biking and, now that they have kept up on some of the downfall, it's a doable affair, but can become a challenge with more being blown down all the time and the new trees encroaching on the trail.

This content was created by Jake Bramante of Hike 734. Visit hike734.com for more expert Glacier content and maps that help you decide which trail to hike.

Forest flowers in the spring such as arnica. Birds are nice forest birds such as chickadees, woodpeckers and grouse. Most mammals are small such as chipmunks and tree squirrels. 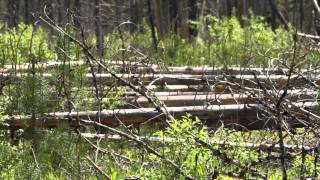 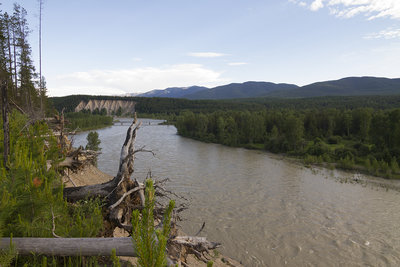 Sep 5, 2018
Henry Martinez
Took some breaks to take in the views along the way. Might have made it to the end? Couldn't really tell but went until the trail started to disapp… 7.5mi
Sep 28, 2017
Isabel Cardenas
Walked a mile in and back. The trail was a nice walk for fall. 2mi

Avalanche Lake via Trail of the Cedars

Highline to The Loop