The Springhouse Branch Trail begins at an intersection with the Noland Creek Trail and proceeds through the middle of Backcountry Camp 64, Mill Creek. Within the first hundred yards, it completes a wet, messy, double-crossing of Mill Creek and then continues with the stream. Further ahead, the trail passes by a few remnants of chimneys and several stone piles.

Three-quarters of a mile past the campsite, Mill Creek is crossed on a footlog. After the crossing, the trail heads northwesterly up the narrow Springhouse Branch Hollow. Immediately to the right, a stone wall ranges along the edge of a field.

A half-mile beyond the stone wall, the trail crosses Springhouse Branch and enters a lush environment of old-growth cove hardwoods. At this juncture, the grade becomes slightly steeper as the trail heads south along the flank of Forney Ridge. In places, the path is quite rocky and in others, visited by seepages.

After another half-mile, the trail turns right, the grade moderating considerably, and the track becoming soft underfoot, cushioned by leafy detritus from shading oaks and maples. Eventually the trail breaks out into an open forest before dropping into Board Camp Gap.

Upon leaving Board Camp Gap, the trail enters a steep modulating climb over a course cushioned by layers of fallen leaves. After a half-mile, it briefly follows along a level ridgeline before beginning a modulating descent. From here, the trail turns and descends on a northerly three-mile course.

After descending little more than a half-mile, it crosses the upper end of Bee Gum Branch and settles into a slow sinuous journey around the southern flank of Rough-hew Ridge and into the Bee Gum Branch drainage. In places, the trail is saturated with seepages, and in others it follows stretches of dry ridge. A couple of minor feeder streams and an increase in seepages herald the approach to a wide shallow crossing of a tributary of Bee Gum Branch.

At the stream crossing, the trail reaches a wide bottomland where the remains of an old Civilian Conservation Corps Camp can be seen. To the right is Backcountry Camp 71, CCC. The trail skirts the lower side of the camp and terminates into the Forney Creek Trail near an imposing two-story chimney.

This content was contributed by author Ken Wise. For a comprehensive hiking guide to the Great Smoky Mountains and to see more by Ken, click here.

Early on this hike patches of hemlocks, yellow birches, yellow poplars, sourwoods, black locusts, and sassafras can be seen in in old farm fields. 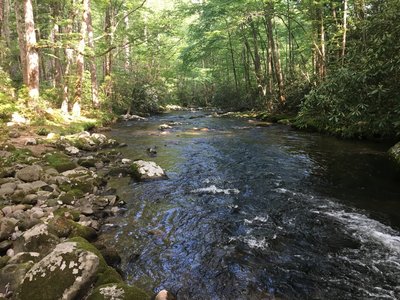 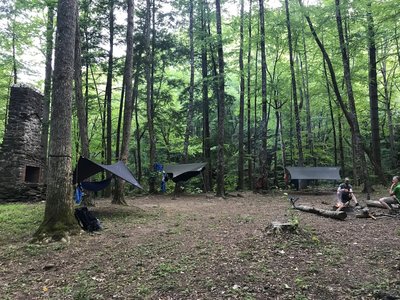 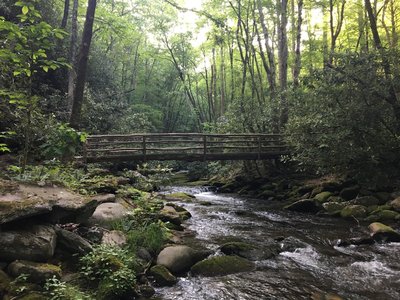 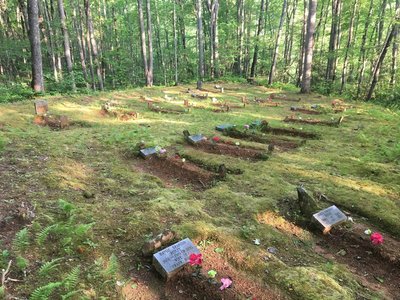 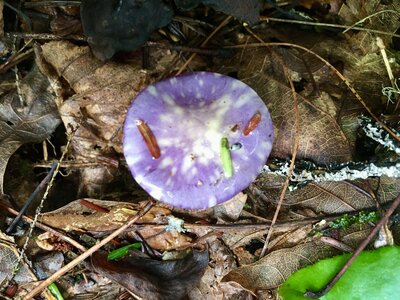 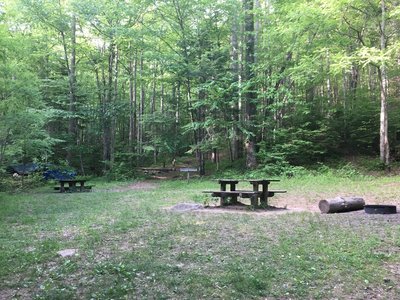