“Enjoy a spectacular view of Tower Fall before switchbacking down to the Yellowstone River. ”

Family Friendly Although the trail is a bit steep for small children, it is a beautiful spot and they may enjoy the challenge. Once down to the Yellowstone River they will enjoy playing on the sandy beach.

Rockslides have indefinitely closed a small section of this trail that previously led to the base of Tower Fall.

Follow the paved path over a rise to a spectacular view of 132-foot Tower Fall. The erosive powers of Tower Creek and the Yellowstone River have cut deep into the landscape. Tower Fall exists because Tower Creek could not carve as deep or as fast as the more powerful Yellowstone River. The rocks at the brink of the falls, and the vertical cliff beneath, are coarse breccias and conglomerates of the Eocene Epoch. The pinnacles that tower above the fall are capped with large boulders that prevented their erosion.

The 1870 Washburn Expedition named it "Tower" Fall for its prominent pinnacles. In Washburn's words it looked "like some old castle with its turrets dismantled but still standing." For more than 100 years, one of Tower Fall's most prominent features was a large boulder that appeared to be precariously perched on its brink. Early explorers cast bets on the hour it would fall. They would have been shocked to know it did not come tumbling down until June 1986. A sign asking "When will the boulder fall?" was still up years later, prompting sarcastic park employees to ask, "When will the sign come down?"

To the right of the overlook, the well-maintained trail switchbacks down to the Yellowstone River. The trail forks near the bottom. The left fork follows Tower Creek upstream to the base of Tower Fall. NOTE: Rockslides have indefinitely closed this section of the trail.

The right fork drops to the bank of the Yellowstone River. The steep slopes on the river's opposite side rise 700 feet to the top of Specimen Ridge. You are in the Grand Canyon of the Yellowstone, which begins 18 miles upriver and ends several miles downstream.

Native Americans, including Blackfeet, Bannock and Shoshone, inhabited the lands surrounding Yellowstone for hundreds of years before the first white explorers came. They entered the present park occasionally to hunt big game or gather obsidian for fashioning weapons. Most of the tribes viewed Yellowstone and its remarkable geothermal features as a place of spiritual power and did not fear it as some early historians asserted.

This relatively shallow section of the Yellowstone River was used by Native Americans and early explorers as a fording spot. The historic Bannock Trail crossed the river here. From 1840 to 1878 this 200-mile trail was used by Bannock, Shoshone and Nez Perce Indians to traverse Yellowstone and reach rich buffalo hunting grounds to the east. Today this section of the river is known as the Bannock Ford. 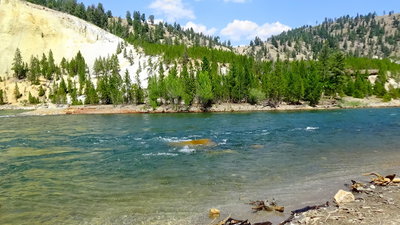 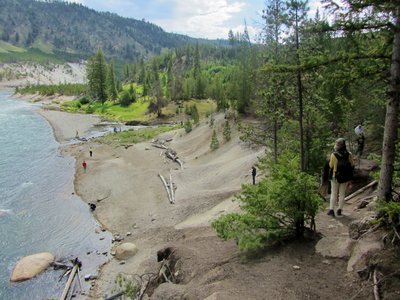 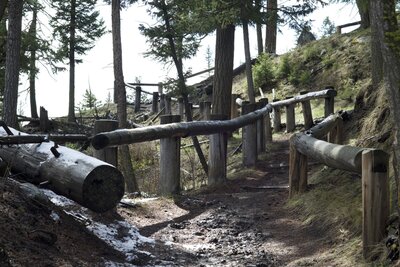 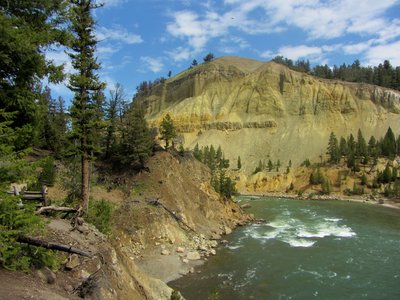 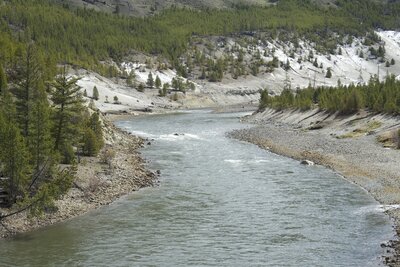 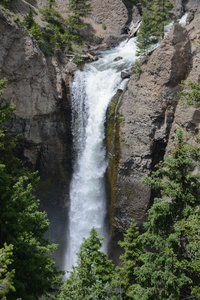 All Clear 36 days ago See History