This hike is composed of three segments starting at the Trail Center in First Landing State Park. The Cape Henry Trail is straight and flat, passing interesting Bald Cypress Swamps. The White Hill Lake Trail is a little rooty and sandy, ending with a nice overlook of White Hill Lake with birding opportunities. The Long Creek Trail has a few short, rolling hills on a sandy surface and mostly continuous views of waterways including Broad Bay and Long Creek itself. The hike requires utilizing about 1/2 mile along the park road to finish back at the Trail Center.

If you're looking for a shorter loop, use the Kingfisher Trail as a cutoff and shorten your outing to ~4 miles total.

Parking fees range from $4-7 depending on the day and season (as of 2015). Bring cash in case entry gate is unattended. Hours are 8 am to dusk.

Starting at the Trail Center, proceed southeast (the obvious direction) along the Cape Henry Trail, which is flat, very wide and well-used by hikers, runners, and mountain bikers. Water collects in the middle of the trail in a few points after heavy rains. You'll pass interesting bald cypress swamps along this trail, which you stay on for a little more than 2 miles.

Turn right through the turnstile to begin the White Hill Lake Trail, which is narrower and continues about 1.4 miles. This trail introduces some rolling hills and rootier and sandier terrain. The highlight of this part is the view of White Hill Lake at the end, just before it meets the Long Creek Trail.

Turn right (the obvious direction) on the Long Creek Trail. Immediately after beginning this segment, there are excellent views where Long Creek empties into Broad Bay, with good birding opportunities, best in the early and later parts of the day. The trail at this point crosses a low wooden bridge which ends at an elevated viewing platform. The trail continues for about 1.5 miles along rolling sandy trail along Long Creek. The scenery gets progressively less natural, with views of houses and boats as the opposite shore gets closer. It is still very pretty though!

There are no other areas this large that are undeveloped in the Virginia Beach area. It includes many swamps with old-growth bald cypress trees and lots of Spanish moss hanging from the limbs. This is the northernmost area where Spanish Moss appears in the US. In the areas where you hike along the water (White Hill Lake and Long Creek), you can frequently see snowy egrets and herons.

The park is named based on the belief that it is the site where colonists first landed in 1607. The park was created as a Great Depression-era Civilian Conservation Corp project and previously (when I grew up in the area) was known as Seashore State Park. The CCC was racially segregated at the time, and the builders of the park were an all African-American camp. 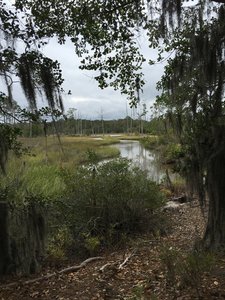 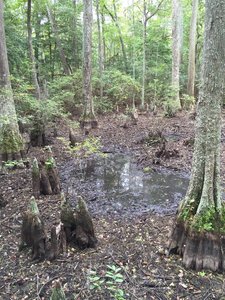 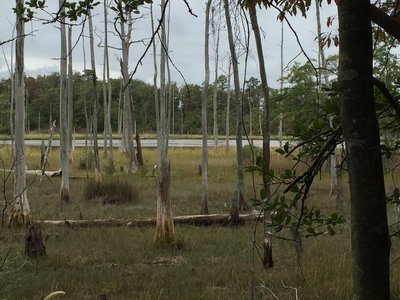 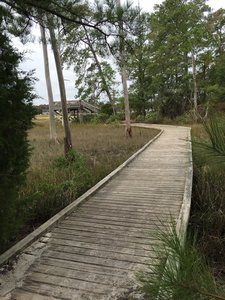 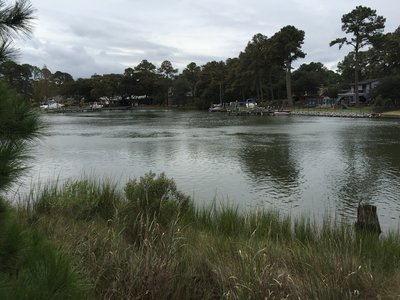 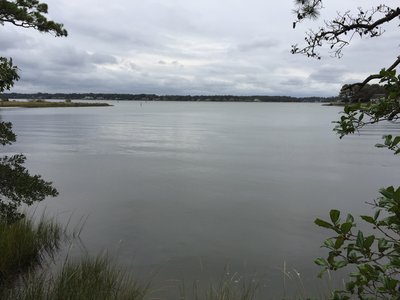