“A gorgeous canyon trail near the San Joaquin River, with views of several incredible waterfalls. ”

From where the Goddard Canyon Trail splits with the John Muir Trail, it starts very gradually ascending through a sparsely populated forest. The trail initially starts pretty close to the river but leaves it for the higher ground on the west side of the canyon. It soon starts to pass in and out of small forests which allows for good views of the gorgeous Goddard Canyon (when outside of the forests), and its obviously glacially-carved walls.

The trail passes by some nice camping areas, and some slightly marshy areas within the first mile or so, and then after about a mile and a half (or maybe a little bit more) from the junction with the John Muir Trail, the first waterfall can be seen from the trail. This one is short but still very beautiful as it falls into a stunning emerald green pool. There are also several beautiful cascades falling from the walls of the canyon, and the trail even crosses a couple of them on its way up the canyon. Not long after passing the first waterfall, one can look up to the east side of the canyon and see one of the cascades tumbling down the canyon wall, and next to it up high on the canyon wall is a large greenish-blue patch, which I assumed to be some kind of oxidized metal.

The trail continues from here and about a mile from the first waterfall, another larger waterfall comes into view which is definitely worth leaving the trail to see. About another mile after that, there is another, even larger waterfall that can be seen, although it isn't visible from the trail because of the forest that surrounds the trail at that point. However, it is not far and definitely worth going to see as it is the largest of the three waterfalls along this reach of the San Joaquin River.

After passing this last waterfall, the trail continues to follow the canyon bottom near the river, passing by several other camping spots and through meadows. Eventually, it reaches a branch in the trail (marked by a small cairn) that heads up to Hell For Sure Pass, and after this point, the canyon really starts to widen as the trail heads for the start of Goddard Canyon. The river changes from a bedrock, single channel river to a braided, gravelly river with wide marshy areas and this allows for great views of the LeConte Divide and Mount Goddard. Eventually, the trail ends up at Martha Lake, a beautiful, large alpine lake just below Mount Goddard.

Lots of different wildflowers in season, as well as deer, marmots, etc. 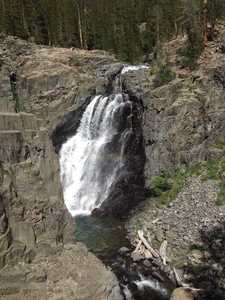 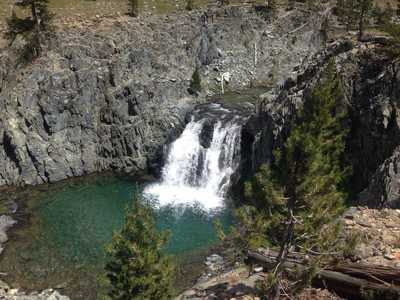 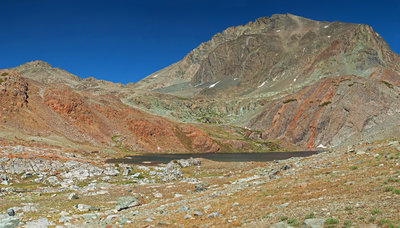 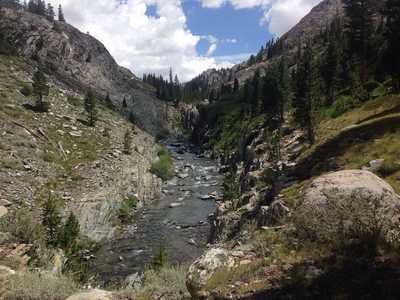 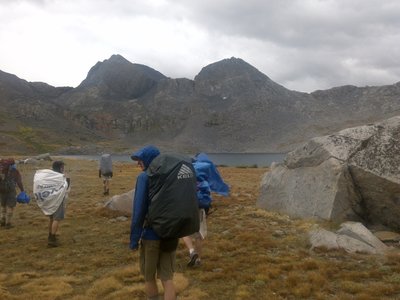