“This trail, which gave Government Canyon its name, passes dinosaur tracks and a pioneer homestead. ”

Government Canyon State Natural Area is open Friday through Monday, 7 am to 10 pm. Some additional openings are found around major holidays, and there may be closures after inclement weather to protect the trails. Check their website for updates, tpwd.texas.gov/state-parks/….

Admission for visitors 13 years and older is $6. Overnight camping is available.

Pets are allowed on the frontcountry trails only (Savannah Loop and Lytle's Loop).

A popular and well-maintained trail, the Joe Johnston Route is named for the Army lieutenant colonel who originally mapped out the military route cutting through the area. The trail begins at the backcountry trailhead, located on the other side of a concrete bridge from the visitor's center. A comfortably wide doubletrack, it is scattered with rocks that are large and plentiful enough to be inconvenient but rarely cause trouble for an experienced hiker.

For much of its length, Joe Johnston runs alongside Government Canyon Creek, which is occasionally visible through the trees to the right. Signs for the Natural Area's popular dinosaur tracks are posted every half mile, along with frequent trail markers. It's impossible to get lost here.

Only a few hundred feet in, the Recharge Trail breaks off to the right. Joe Johnston then begins in earnest as a low grade climb to the north. The combination of scattered rocks, easy incline, and ample tree shade make this a good trail for a beginner migrating off of gravel paths. Rocky and smooth sections alternate frequently through the first two and a half miles of the route, providing plenty of rest opportunities for hikers who aren't used to dodging trail debris.

Benches, markers, and maps mark the turnoffs for Wildcat Canyon Trail, Twin Oaks Trail, and Caroline's Loop. Other than those, the only real change in scenery for the first half of Joe Johnston is the remains of a corral at the three-quarter mile point.

At two and three-quarters miles, the trail opens up into a clearing at the base of a bluff. This is the site of Government Canyon's 110 million year old dinosaur tracks, left behind when the Gulf of Mexico reached this point. An informational sign has more details. An even better view of the tracks can be had from the Overlook Trail, which can be accessed a quarter mile ahead.

Following the tracks, the trail passes through a surreal, impressive canopy of Spanish moss, drooping down from the trees above. Joe Johnston then comes upon the Zizelmann House, an abandoned limestone home built by German settlers in the 1800's.

From here to the finish, the trail ramps up in technical difficulty, mostly from an increase in the number of rocks in the trail. A pit bathroom is available at the turnoff to Little Windmill Trail, and one final intersection is found at Caroline's Loop near a wide dry creek crossing. Joe Johnston ends on a smooth section soon after, turning into Sendero Balcones.

The Texas Hill Country is well known for its abundant tree life. Government Canyon exhibits a number of these varieties, including mountain laurel, Ashe juniper, mesquite and live oak. Birds and deer are the most common animals encountered in the area. 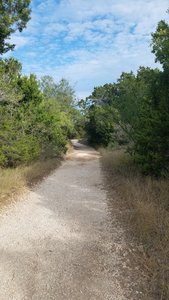 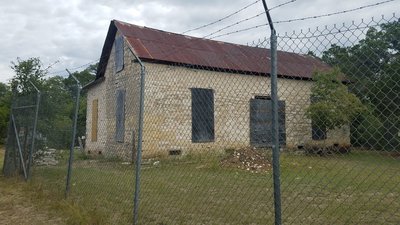 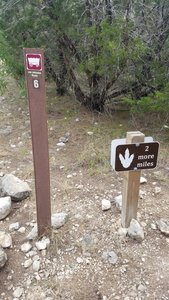 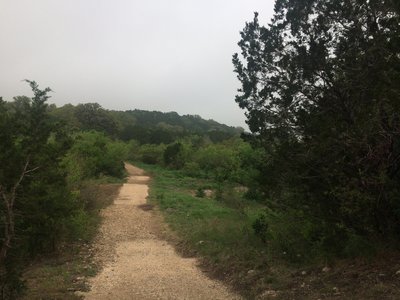 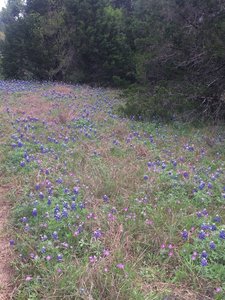 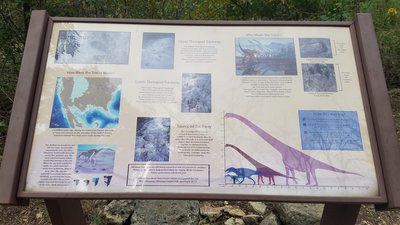