“Herman Gulch to Berthoud Pass is an easily accessible introduction to the Continental Divide. ”

Open year round, makes for a great snowshoe in the winter!

The Herman Gulch Trailhead is located right off Interstate 70 just before Loveland Pass. The trail starts in an old road bed and steeply climbs the wooded slope though aspens. After turning north, the sounds of the highway quickly disappear, and you continue your ascent up the gulch. The trail weaves in and out of lots of pine and fir on its way above tree line. A short spur trail takes you up to Herman Lake.

From here, the next portion of the CDT climbs from a junction with Henderson Spur Trail along the southern aspects of Vasquez and Stanley mountains. From the get-go, the trail exceeds treeline and enters the alpine tundra.

After a brief ascent, the trail descends into a neighboring drainage. Now, the trail begins its steepest, most sustained ascent, leading for the summit of Stanley Mountain. This portion of trail is almost all exposed above treeline, so take careful note of the weather. Do not continue if storms appear to be building.

After hiking a hard-fought series of switchbacks on Stanley's southwestern nose, you'll gain the summit. Revel in the views from the top of the world and begin a stunning ridgetop traverse. The terrain will undulate and eventually drop off precipitously to this trail segment's end at Berthound Pass.

Aspens line the lower elevations of this trail, and you move into fir and spruce at the higher elevations. 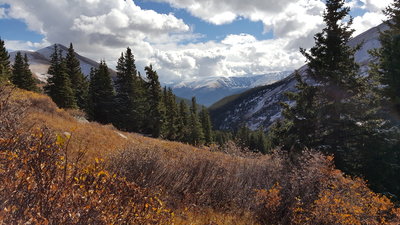 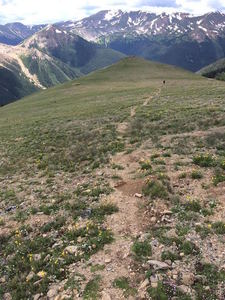 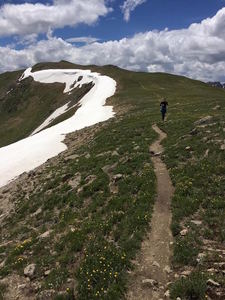 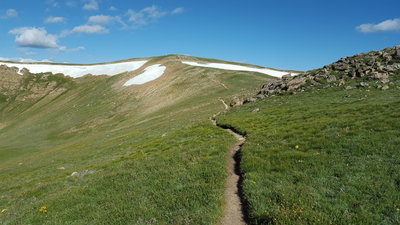 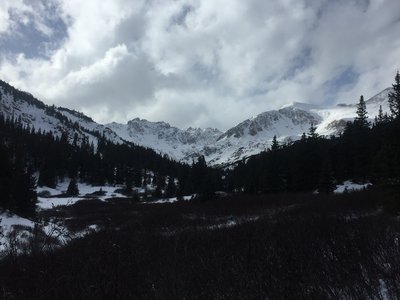 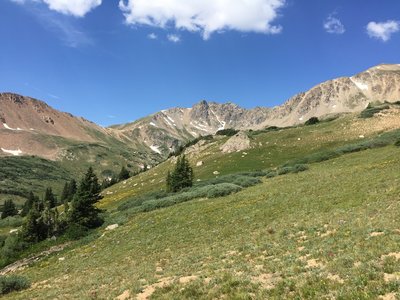