Mt Whitney via the Mountaineer's Route

Open year round, but only through a very strict permitting system. This is probably the biggest challenge of the whole journey. Visit the Forest Service website for details.

This is a great class 3 route to the summit of Mt. Whitney. This route is usually done in about three days, though more time can be taken to acclimate to the elevation. This route skirts the crowds of the Mt. Whitney Trail in favor of a more technical, but more rewarding approach.

Though only about 5 miles (depending on your abilities at route finding), there is about 6000ft total of elevation gain; it's an understatement to say that this trail is steep. It definitely requires a high level of fitness to complete safely. But, the rewards are amazing. There are beautiful lakes, and amazing views of the surrounding peaks the entire way. The trail shares the Mt. Whitney Trail to start, but soon branches away from the crowds.

For more detailed information regarding the Mountaineer's Route specifically, be sure to hop over to Mountain Project.

At about 5 miles, over 6000ft of elevation gain, and some class three scrambling, this route is tough. It requires preparation and good mountain training to be done safely. It is usually done in three days of moving, round trip. Though it is challenging, it is very rewarding. Because it is far more technical than other routes, there are far fewer people on the trail. The lakes are beautiful, and the views are stunning, and you can feel proud you have completed a route that John Muir himself pioneered.

The trails begins by sharing the Mt. Whitney Trail, then cuts off to the north at the North Fork of Lone Pine Creek. This is where the steep terrain begins. The first technical challenge is the Ebersbacher Ledges. I recommend helmets for falling rock, as well as time spent studying a guide book as to where you first climb on to the ledges. Camp at either Upper Boy Scout, or Iceberg Lake. The further you make it the first day the smaller your task on summit day.

From Iceberg Lake, you'll see the obvious chute, the preferred ascent route on snow. In summer, stay on the left of this chute as long as you can to avoid unpleasant scree & falling rock, then ascend the upper portion of the chute. Once you top out at the shoulder, you'll either head up a class three section for the final 400 ft, or continue along the class 2 traverse that wraps around the back side (exposed & dangerous when snow-covered). This route eventually meets with the Mount Whitney Trail. Choose your route wisely based on your experience and conditions, as both methods will lead to the summit. You'll top out on the summit plateau, and you have made it! Enjoy the view, you earned it!

Reaching the top of this route is only the halfway mark, and you'll have to get back down. You can either retrace your steps, or descend via the Mount Whitney Trail.

Watch for marmots, they like to chew through packs in their hunt for snacks. 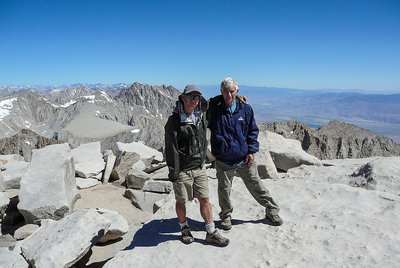 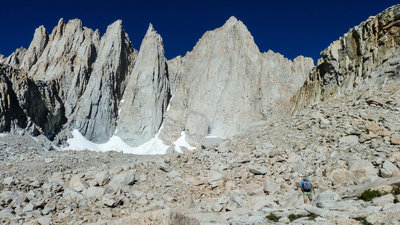 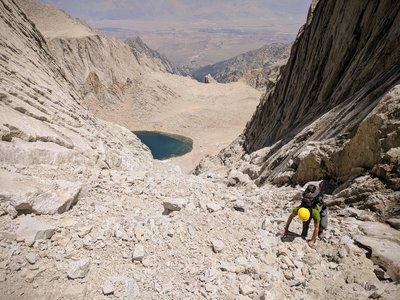 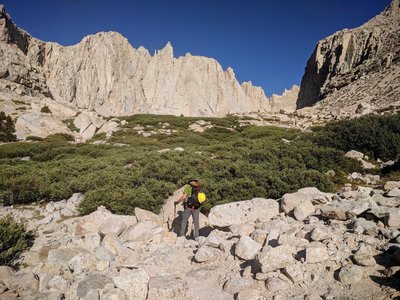 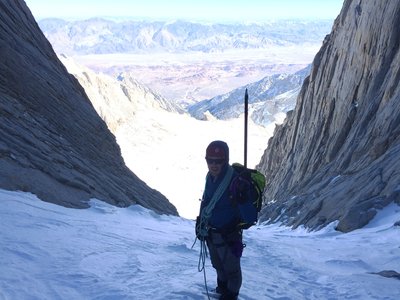 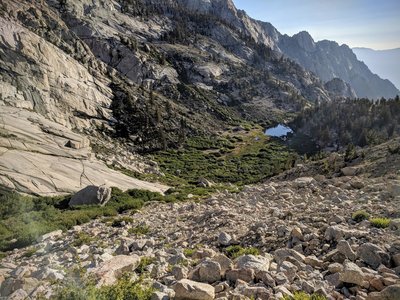