“Explore a less visited part of the park with several worthwhile historic points of interest. ”

Family Friendly Fort DeRussy has "hidden" earthen mounds that are fun for kids to look for and then imagine how the troops could use them to defend Washington D.C. Kids marvel that cars used to drive in the creek!

This enjoyable loop features a historically important Civil War fort, a poet's cabin, and a creek ford for vehicles used up until 1994.

From the Nature Center, follow the paved part of the Western Ridge Trail north, soon crossing Military Road. At the 4-way intersection, take the Fort DeRussy Trail heading east. Ascend a gentle incline and approach Fort DeRussy. This Civil War fort was utilized during the Battle of Fort Stevens and helped to defend Washington D.C. You can head through the surrounding woods to discover earthen works, ditches, and other mounds. These are fun for kids to find and explore.

Proceed downhill eastwards to the creek through brushy thickets. Upon turning north onto Black Horse Trail (Central), catch views of Rock Creek, picnic area #6, and Beach Drive. Soon you'll pass an open field and Miller Cabin (named after the eccentric poet Joaquin Miller who lived here in the 1880's). Continuing north, you'll arrive at Milkhouse Ford, a relatively shallow spot where vehicles used to drive across the creek. Up until 1950's, this was the only way to cross Rock Creek.

Join Cross Trail #5 heading uphill to the west. Take the Western Ridge Trail south, following the green blazes. Recross Military Road and complete the loop by ending back at the Nature Center.

Milkhouse Ford is a relatively shallow spot where vehicles used to drive across Rock Creek. The crossing was improved in 1904 by laying concrete in the streambed, but drivers still had to negotiate several inches of water. Until 1994, people still were allowed to drive across here. The ford originally got its name from a nearby building that used the stream's cool water to chill dairy products. 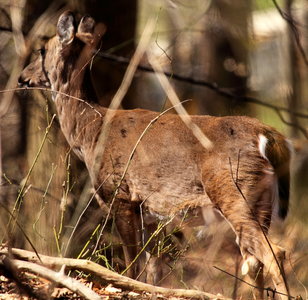 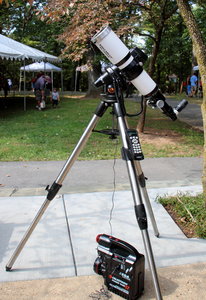 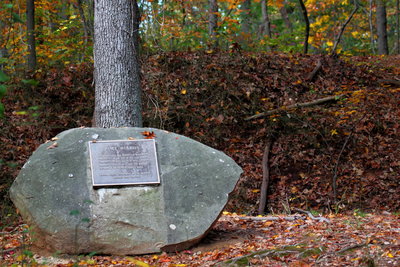 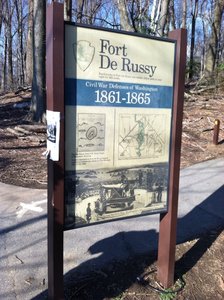 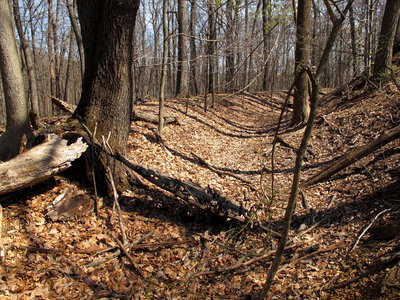 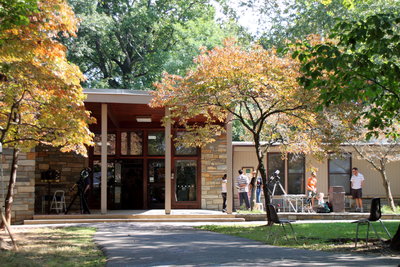