“An exciting loop up the Dorr Mountain Ladder Trail, down the ridge, returning up through The Gorge. ”

This route features one of the most interesting sections of trail in the whole park. The Dorr Mountain Ladder Trail is one of the oldest trails that utilizes stone steps, while also using three separate metal ladders to climb up massive granite boulders to the top of Dorr Mountain.

This trail is not suitable for small children or visitors who are sensitive to heights or exposure. Most capable visitors will find this route exciting and not overly dangerous, but there are inherent physical demands involved in climbing the ladders that should be considered before embarking on the trail.

To access this loop hike, head off the Park Loop Road at Sieur de Monts onto State Route 3. Head south on this road and look for the Dorr Mountain Trailhead Pull-off Parking Area just past the south end of The Tarn.

From the parking area, head west on the Dorr Mountain Ladder Trail. This trail starts abruptly with an almost immediate climb up granite steps. There are three metal ladders that help the climb up a series of granite boulders. This stretch, though physically demanding, has some very interesting rock formations that are worth exploring.

After a half mile, the trail terminates at the Schiff Path. This trail will begin to level out, though it still continues to climb toward the top of Dorr Mountain, gaining another 400-500 feet in elevation in just over a half mile.

From the top of Dorr Mountain, the views are stunning, with a great vantage point of the Mt Desert Narrows to the east and Cadillac Mountain to the west. From the peak, head south onto the Dorr South Ridge Trail as it descends the southern ridge.

At mile 2.3, the trail culminates at the Canon Brook Trail. This trail heads back north on low, level ground. After three-quarters of a mile, continue north onto the Kane Path as it heads through The Gorge below the eastern slope of Dorr Mountain, which you just summited.

The Dorr Mountain Ladder Trail was built by Waldron Bates. Bates was the Chair of the Roads and Paths Committee of the Bar Harbor Village Improvement Association between 1900 and 1909 and during that time he began to employ metal rungs, ladders, and stone steps to help ascend the numerous peaks in the park. 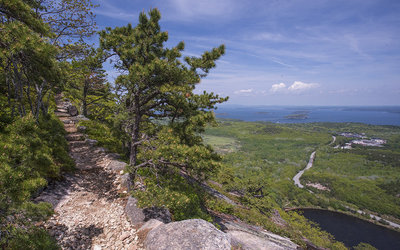 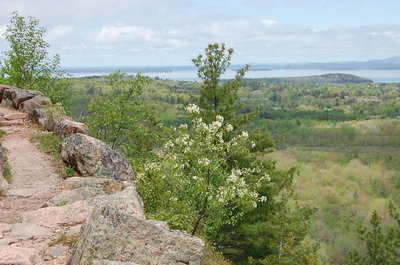 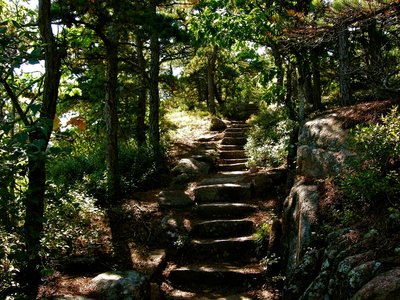 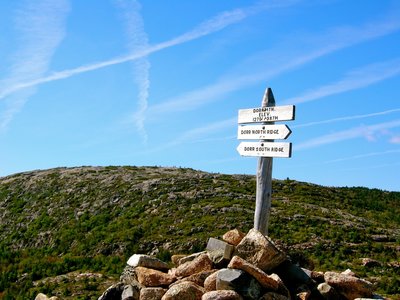 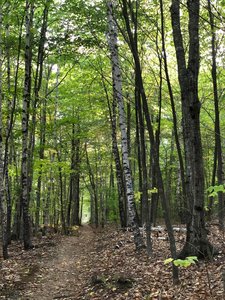 All Clear 70 days ago See History

Blue Hill Up and Over