After about a mile, the trail starts a steady climb toward Chimney Rock. This is a steep and sometimes rocky ascent, and you can hear cars/trucks most the way. The top of this ascent is marked with a sign for Chimney Rock (.5 miles) - where you are heading for - Lewis Area (1.2 miles) and MD route 77 (.6 miles).

Once on the ridge, you’ll soon see signs for to Chimney Rock. Unlike Wolf Rock which is long and wide, Chimney Rock is a narrow outcropping with multiple boulders reaching out to the edge of the mountain. It is another great spot to relax and take in the views. Be careful rock hopping and climbing around the rocks as there are significant drop offs and ledges offering opportunities for falls and injury.

Once you are done exploring this area, continue on your way towards Wolf Rock. This section is a pleasant hike with rolling topography on the ridge/mountain top. The approach to Wolf Rock is relatively flat, and you’ll begin to see the Wolf Rock outcropping forming a long rock wall in front of you. The trail cuts off and leads to the rock formation where you can scramble around and explore, drop your pack and relax, or do a little of both. You’ll be relaxing on a quartz rock that was sea bottom sand 500 million years ago. Earthly forces compressed and crystallized the sand into rock, and it was then uplifted 200 million years ago when the Appalachian mountains were formed.

Leaving Wolf Rock, the trail comes to an intersection with the Blue Ridge Summit Trail where you have the option to head left or right, or continue straight to the trail's endpoint at Park Central Road.

The Catoctin Forest is classified as a mid-latitude deciduous forest. In general, the forest is an oak-hickory-tulip poplar forest. Tree species such as chestnut oak, table mountain pine and pitch pine can be found on the drier ridge tops. On lower slopes and ravines, where soil is richer, white oak, tulip poplar, red maple, black birch, American beech, sour gum, and eastern hemlock can be found. For more information, visit the park's website. 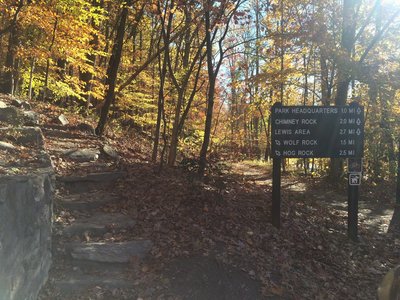 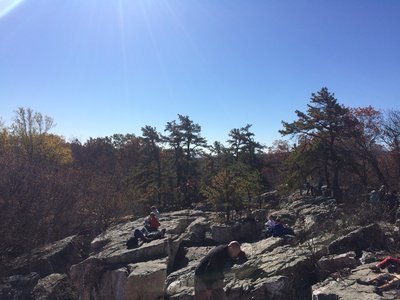 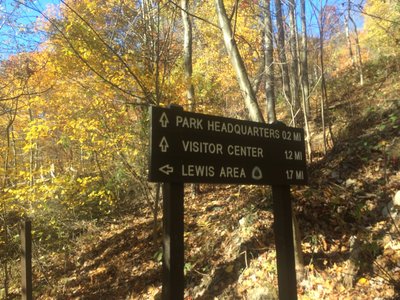 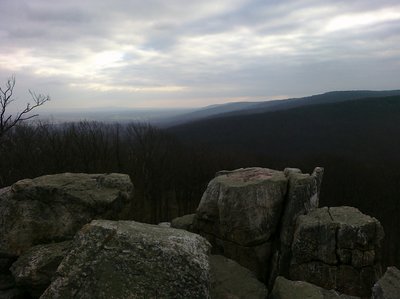 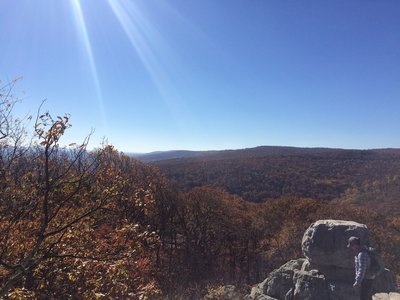 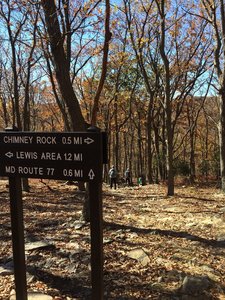