No music. Dogs on leash.

A hike to panoramic view from Cowles Mountain and Pyles Peak.

Bathrooms and water fountains at the trailhead. Trash cans for trash and recycling and dog waste bags. Be sure to bring water.

At the base of the trailhead there are restrooms, a water fountain, trashcans, and dog waste bags. The way up Cowles Mountain Trail to the Pyles Peak Summit Trail junction is about 1.25 miles. You'll be going up a relatively steep incline, with switchbacks and uneven terrain riddled with rocks. You'll see Laurel Sumac, Chamise, and California Buckwheat to name a few.

Be cautious of going off trail and keep your eyes open as there are snakes on this trail including the Red Diamond Rattlesnake. You might also spot the California Towhee and Wrentit (voice of the chaparral) in the trees and scampering across the trail. The trail up to Cowles Mountain Trail is well-marked with signs which include mileage. It would be hard to lose your way on this one.

Around mile 1.25, you'll reach the peak of Cowles and turn left; there will be a set of wooden stairs next to an interpretive sign. This will lead you to the junction to Pyles Peak Trail. The terrain is the same as coming up Cowles Mountain except for the next 0.5 miles there is a steady, relatively straight descent.

At mile 2.67, you'll see a sign that points left to go up to the Pyles Peak Viewpoint. The viewpoint is about 0.16 miles out and back. At the end of the viewpoint, there is a wooden fence that overlooks Cowles and Mission Trails Regional Park below. From the Pyles Peak Viewpoint sign, it is another 0.25 miles to the summit. The terrain going up to the summit is similar to the way up to Cowles Mountain albeit a little steeper and the trail is not as wide. You reach the summit at mile 2.91.

Cowles Mountain was once mined “unofficially” for tourmaline. Cowles is pronounced KOHLZ and was named after George Cowles a rancher who lived in the area. 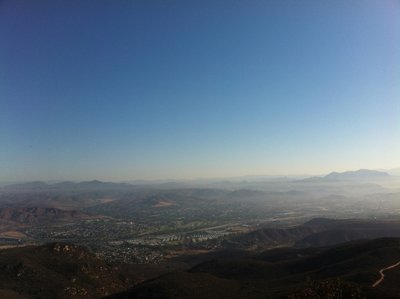 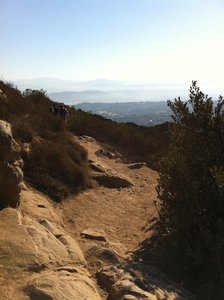 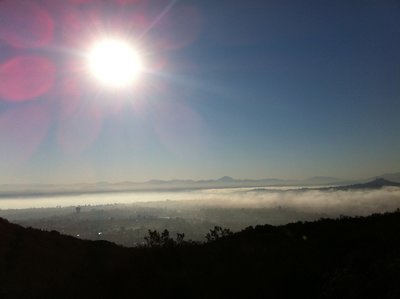