“A classic tour through the best of the best on South Mountain Park's eastern side. ”

The entrance gates for trailheads at South Mountain Park are only open from 5 a.m. to 7 p.m. If you park your car at a trailhead before 7 p.m, you're welcome to use the park until the trails close at 11 p.m.

South Mountain Park - East Tour is a great hike for those looking to experience all the Sonoran Desert has to offer in one of the biggest city parks in the nation. Nestled within its broad canyons and mountain ranges, a host of diverse wildlife and desert flora dominate the landscape. This hike takes you through some of the best trails on the eastern side of the park, all of which are doable by anyone of reasonable fitness. In a nutshell, this hike will take you along canyon bottoms and atop ridgelines that culminate in expansive views of Phoenix and the entire Valley of the Sun. On your return, a unique detour through Hidden Valley and the famed Fat Man's Pass makes for a delightful experience and will leave everyone in your group smiling the whole way back to the car.

Make sure to bring plenty of water on this hike. Local wisdom suggests each person in your party should bring at least 4 liters of water during the summer, and 2-3 liters during the spring, fall, and winter. Improper hydration coupled with the Phoenix area's intense heat and demanding terrain can spell trouble for even the most seasoned desert hiker.

Starting from the Pima Canyon Parking Area, follow the Pima Wash Trail for just a few meters, dropping down into the wash only to quickly exit on the opposite side on the Pima West Loop. Continue left on the Pima Wash Loop, climbing a gentle slope near scenic rock outcroppings over the crest of a small ridge and down into Beverly Canyon.

Upon reaching a T-intersection with the Beverly Canyon Trail, veer left and follow the trail for a short distance before turning right onto the Ridgeline Trail.

On the Ridgeline Trail, get ready for some mild elevation gain as the trail ascends the ridgeline to eventually tread along the top. Up here, visitors are afforded great views of the eastern portion of South Mountain Park, as well as the steady inclines and gorgeous views awaiting them to the west.

On the upper portion of the National Trail, expect to navigate a rather rocky trail surface complete with numerous rock-step sections interspersed amongst an often-sandy trail.

After climbing on the National Trail for roughly 2 miles, you'll reach both the turnaround point and one of the major highlights of the hike: Buena Vista Viewpoint. Situated in a prime location on the park's northern aspect, the Buena Vista Viewpoint offers visitors spectacular panoramic views of the Phoenix Metro and its surrounding Sonoran Desert landscape. This is a great spot to sit down, pull out some water and a snack, and enjoy the view you just worked so hard to achieve!

When you're ready to depart, simply follow the National Trail back down the way you came nearly all the way to the junction with the Hidden Valley Trail. At the junction, step off down the path through hidden valley, and prepare for arguably the most famous feature on this side of the park: Fat Man's Pass.

Aptly named, Fat Man's Pass consists of a pinch point on the trail created by two large boulders in incredibly close proximity to each other. At certain points on this short section of trail, the distance between the boulders is no more than a foot, prompting hikers to turn sideways and suck it in as much as they can in order to inch through. While in writing, this only sounds possible for endurance runners or small children, most normal people can fit through without any issues. For those who prefer to not attempt Fat Man's Pass, there is a go-around that follows the perimeter of the left boulder.

Once on the opposite side of Fat Man's Pass, follow the Hidden Valley Trail through a craggy, rock-strewn canyon to a point where the trail pops out of the canyon into a T-junction with the National Trail. From here, trend right and enjoy the downhill all the way back down the National Trail as you reminisce on the fun you just had smooshing your body through the tight walls of Fat Man's Pass.

Upon reaching the end of the National Trail, stay right at a junction with the Mormon Loop Trail, continuing on just a few meters until reaching the junction with the Pima Wash Trail and your next turn. Follow the Pima Wash Trail along a sandy wash bottom back to the first junction of the day. Turn right at the junction, and in a few short steps, you'll be back in the Pima Canyon Parking Area. 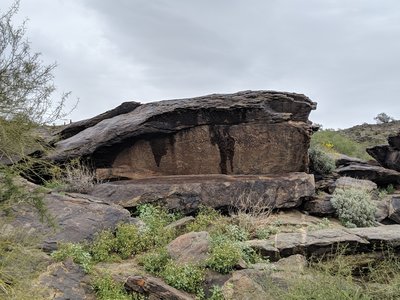 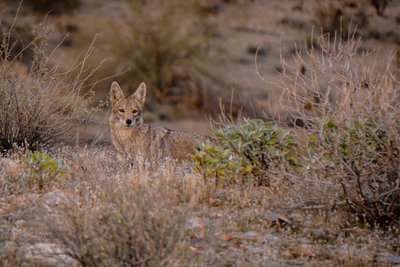 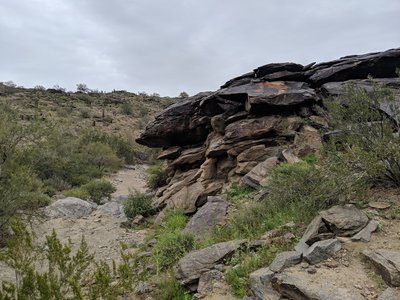 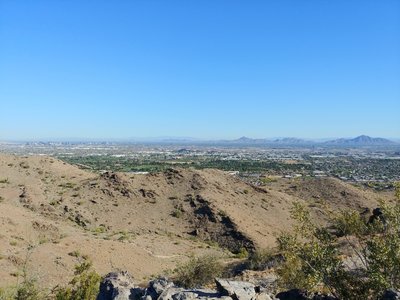 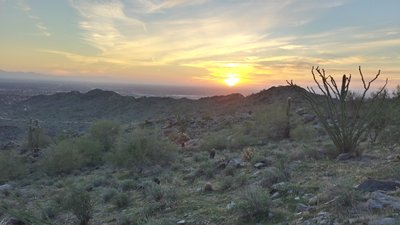 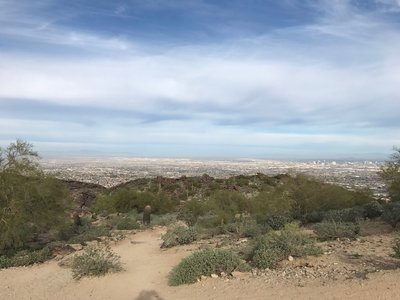