The Mine Hill Trail was an old mining road. It traverses Quicksilver Park from the McAbee entrance to the Hacienda entrance.

Quicksilver Park contained some of the world's most productive mercury mines and processing furnaces in the late 19th and early 20th centuries. Before, the mercury ore processing furnace was built at Senador Mine at the west end of this trail, the Senador Mine ore was taken to the Hacienda processing furnace at the east end of this trail. One can imagine the ore was transported on this old mining road/trail (although I have not found an explicit reference on this). This trail also connects many historical sites in the eastern area of Quicksilver Park.

McAbee Quicksilver Park entrance to Randol Trail west end:
This 2.0 mile section of Mine Hill Trail begins with a gradual uphill hike for about 1.5 miles. It starts in a heavily wooded area. The trees thin as it climbs, and the vegetation becomes a mix of grass and trees. Views of the San Francisco South Bay Area and East Bay hills emerge. The trail then flattens out for a short stretch before it begins gradually climbing to its junction with the Randol Trail.

Randol Trail west end to Castillero Trail:
This 2.2 mile section basically follows a ridge line. It is a continuous gradual climb with some wooded, but mostly open sections. Depending on what side of the ridge the trail is on, views of the developed South Bay Area and East Bay hills, or views of the undeveloped, rugged Santa Cruz Mountains can be seen. Just before the Castillero Trail, there is a short spur trail to the ruins of Catherine Tunnel, one of the old mining tunnels.

Castillero Trail to Randol Trail east end:
The terrain becomes more heavily wooded after the (first) Castillero Trail junction. This 1.6 mile section gradually descends past several historic mining sites that can be reached by short side trips. A .1 mile spur trail leads to the old tunnel entrance to San Cristobal Mine. The San Cristobal Mine tunnel is the only tunnel in Quicksilver Park that has not been closed up. The .9 mile April Trail loop takes one to the site of April Tunnel and ruins of its mine car trestle, and to the restored Powder House where the blasting powder to build mine tunnels, shafts, etc. was kept.

Randol Trail east end to Hacienda Quicksilver Park entrance:
Mine Hill Trail continues to descend gradually as it winds through wooded terrain for another 1.1 miles. It then ends at the Hacienda entrance to Quicksilver Park. 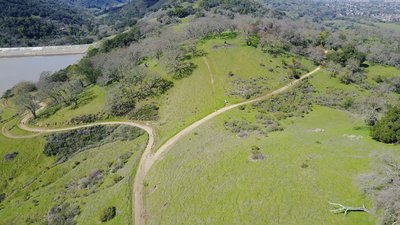 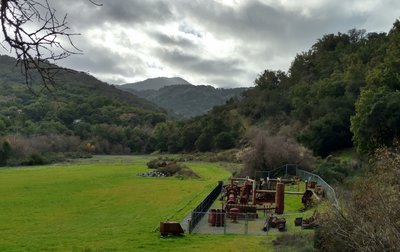 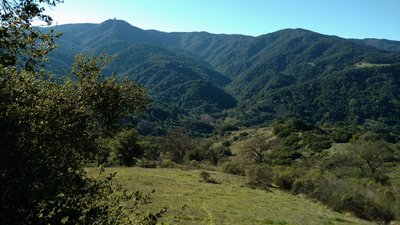 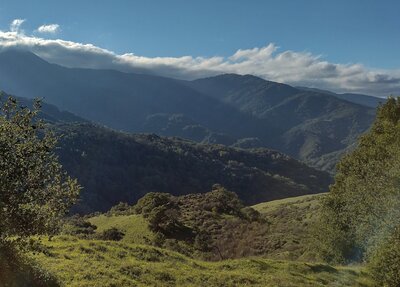 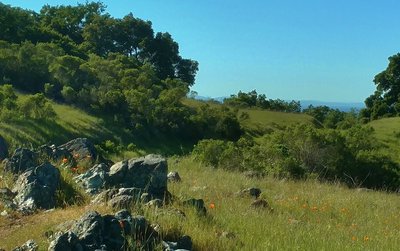 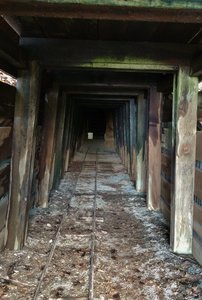 All Clear 41 days ago See History

Mount Umunhum Summit and Back