Cascade Falls and the Chief Ouray Mine

“Journey through history on one of Ouray's premier foot trails. ”

In a series of seven flumes, Cascade Falls in Ouray carries the year’s snowmelt down from the highest reaches of the mountains to its final resting place in the calm turbulence of Cascade Creek. The lowest surge of these falls, aptly named Lower Cascade Falls, is the most known, thanks to its easy vantage point from anywhere within Ouray. Spring and early summer bring the best viewing times, when the lucid outpour is harder running.

Follow this route until its junction with the Portland Trail #238, then veer left to stay on the trail to the upper falls and the Chief Ouray Mine. The grade steepens at this point, switchbacks pulling you higher up into Cascade Mountain. Nearing the summit, and the panoramic views of the Sneffels Range, a tight shelf cut into the cliffside brings you to the home stretch. Topping out at just over 10,000 feet, Chief Ouray Mine comes into view across Cascade Creek Gorge.

Losing ground, the final leg follows the earth’s contours as they wrap the south side of the gorge, searching for easier terrain to cross Cascade Creek. Finding its entry at upper Cascade Falls, one final climb continues on up to what remains of the bunkhouse. Passing through the rotting and graffiti-laden remnants, the route ends at the gated mine.

You're likely to spot the usual deer, wild turkeys, and squirrels. While uncommon, black bears and mountain lions aren’t unheard of. 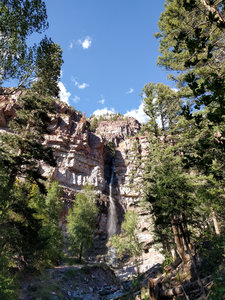 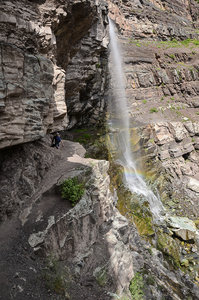 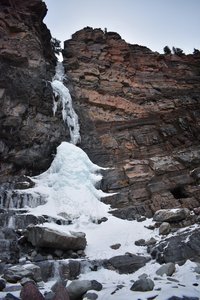 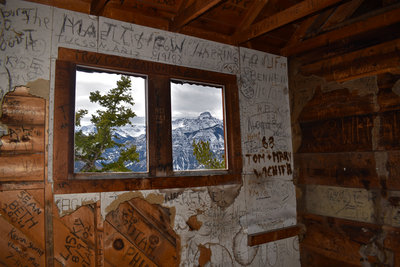 Sutton Mine Trail to the Neosho Mine