“Beautiful hike through patches of old-growth along a historic wagon road to the picturesque House Rock Falls. ”

Family Friendly The wide trail and short distance to a waterfall are a great option for the entire family.

An enjoyable and quiet hike with several small stream crossings.

The hike starts out at a small pull-out next to a gated bridge across the South Santiam River. The trailhead would hold about five cars, but I wouldn't expect to see many other people. Shortly after you cross the bridge, you enter into an almost pure stand of red alder. I'm not sure what kind of disturbance caused this early successional forest, but it's beautiful.

After crossing a couple of step-across fords, you'll notice the forest cover has shifted to an old growth Douglas-fir forest. Shortly after seeing a few impressive Douglas-firs, you'll come to a stream crossing that will require you to get your feet wet. After several days of heavy rain, it wasn't more than halfway up my calf.

Eventually, you'll come to House Rock. House Rock was used by travelers to keep out of the rain. It was a pretty massive rock and there was some dry ground under it, but there was also two small streams running under. Far from being one of four roadhouses along the Santiam Wagon Road, it served its purpose as emergency shelter.

The full length of the trail portion of the Santiam Wagon Road is approximately 21 miles, running from Fish Lake to Mountain House. Some of the trail is still on drivable road, but thankfully much of it is only open to non-motorized transportation. As this is an out-and-back hike, you can choose to shorten or lengthen your hike along the Santiam Wagon Road as you like. 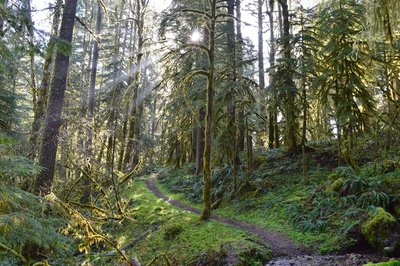 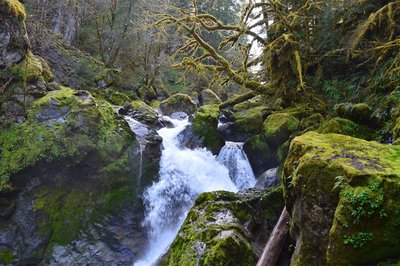 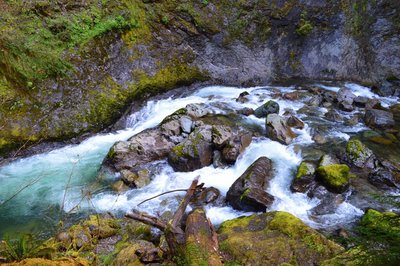 All Clear 41 days ago See History