“A scenic loop hike through Pyramid Mountain and around Kakeout Reservoir. ”

Start this loop from the parking lot of Pyramid Mountain County Park. Take the Mennen Trail (blue markers). The trail travels the length of the park from south to north. It starts off along a groomed gravel path for about a quarter mile. Then the trail turns to singletrack the rest of the way.

This trail is very rocky in many places. One very difficult section is when the Mennen Trail meets the Kinnelon-Butler Trail. These two trails share the same path for about a half mile. The Mennen Trail makes a sharp left turn and joins the Kinnelon-Butler Trail. Soon the trail begins a very steep and rocky descent. This is the most difficult section of hiking in the entire park.

Continue on the Montville-Butler Trail which travels to the north end of Kakeout Reservoir. The trail is marked with blue blazes. After about one mile, the trail exits the forest onto Miller Road for a short distance until you re-enter the forest on the same side of the road you exited. Another 3/4 of a mile later, you'll reach Fayson Lake Road. Cross the road and re-enter the forest at the south shore of Kakeout Reservoir.

The trail turns left and follows the shoreline of Kakeout Reservoir, also known as Butler Reservoir. This is the most enjoyable section of the trail with great views of the reservoir. The trail ends at the dam near the north end of the reservoir. Turn right to cross the dam on the Blue-White Connector Trail to continue a loop hike. The Blue-White Connector Trail is very rocky. It ends at a junction with the Kinnelon-Butler Trail.

Turn right onto the Kinnelon-Butler Trail and follow along an overgrown forest road. This is a very enjoyable section. At about three miles, you'll reach a unique glacier erratic called tripod rock.

Overall, this is an enjoyable hike, especially the north part once you leave the county park. 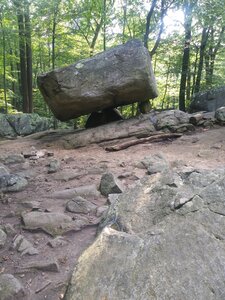 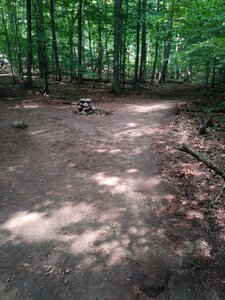 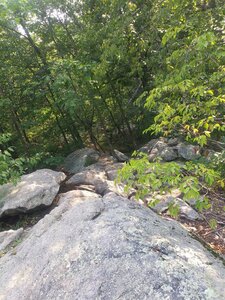 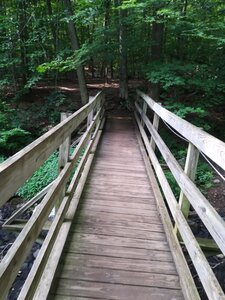 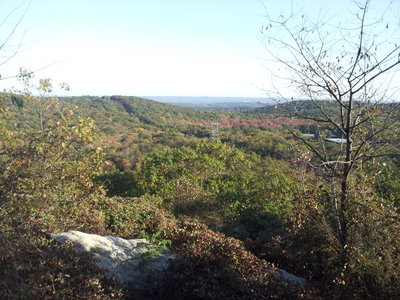 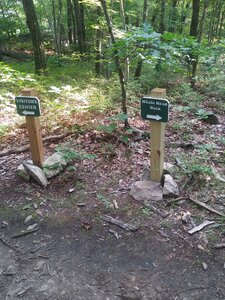