“This is the Cipó Park traverse to Cabeça de Boi. ”

This medium-long distance hike crosses the upper part of Parna Cipó, and is a beautiful and challenging excursion.

To get back to the start of this point to point hike, you'll have to rent a private car to pick you up or spend the night and catch the bus that passes once a day.

This is one of two traverses leading to Cabeça de Boi, and is one of several options for a medium-long distance hike that crosses the upper part of Parna Cipó. It begins at km 114 of the MG 10 highway and ends at the Santana do Rio Preto, which is also known as Cabeça de Boi, a municipality of Itambé do Mato Dentro. The relief of the region is typical of Espinhaço, hilly and full of rocky outcrops. The vegetation is dominated by rocky fields and dense forests. In summer, there is plenty of water along the way; however, in periods of drought, many of these sources disappear.

The crossing can be divided into three sections. The first stretch goes from MG 10 to Travessão. It has a well marked trail that is open to visitation. It has a nice view of Serra do Breu to the west, Serra Alto Palace to the north, the Serra do Cipó to the south, and the peaks of Parnacipó to the east. The attractions of this stretch are the Waterfall of Mirrors, cave paintings, and the viewpoint of the Canyon of the Travessão.

The second stretch goes from the ascent after Travessão until very close to the area of ​the Maça waterfall. The terrain here is mixed as there are sections without a marked trail ande sections with "cattle tracks" especially from the outskirts of Parnacipó. The path is a mixture of rocks, shrubs, and altitude fields. It has some waterfalls in the vicinity of the route (without names), but with very little water and you would need to make a short side trip to visit them. The main attraction of this second part is the long-distance views along a large stretch of the upper Parnacipó.

The third section does not present difficulties, because there are marked and consolidated tracks that lead to the waterfalls of the Maçãs and Encantado (and of the Lajeado, that is next to the Encantado) in addition to the road that leads to the camp of Cabe de Boi. The main attractions are the two waterfalls already mentioned. The Entancado is a sequence of rapids, small falls, and pinnacles by a rocky slope.

Once you reach Cabe de Boi, in order to get back to the start of the hike, you'll have to rent private cars to pick you up or catch the bus that passes once a day.

in Parque Nacional Serra do Cipó 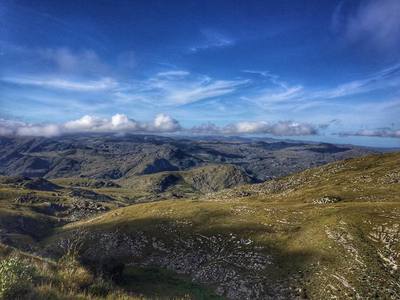 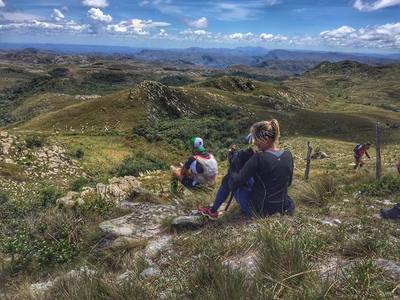 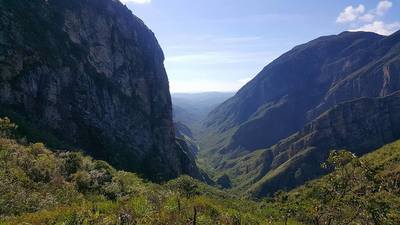 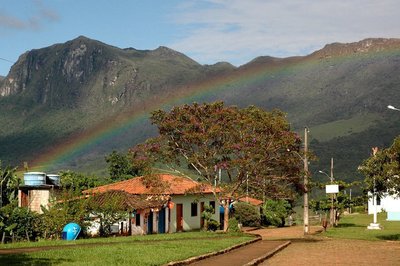 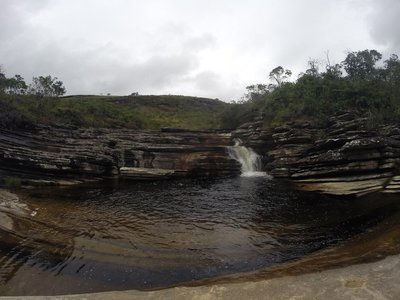 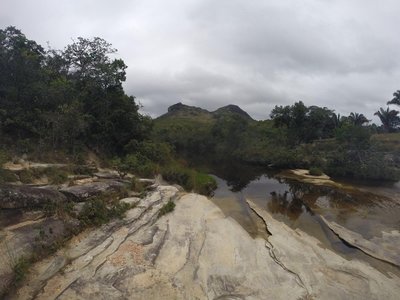