Family Friendly This is a well trafficked tourist destination that is family friendly.

On this short loop, you'll get to see a 5000-year old tuff cone volcano that is 182 meters tall and about 600 meters wide. The crater is a near perfect bowl surrounded by rocky spires that resemble a crown. This is a constantly crowded hike, and deservedly so. It's particularly popular for the stunning sunrise views for which it gets its English name.

Open one hour before sunrise to one sunset.

Although this hike is relatively short and could be completed in half an hour, it is also very steep, crowded, and beautiful so plan on longer.

From the large visitor center and parking area, you'll take the landscaped and paved trail east towards the peak. There is a nice section that juts to the north to an excellent viewpoint over a small marina. Below you'll see boats and people learning to scuba dive in the summer. Over the small bay, you'll get views of the entirety of Sunrise Peak.

Follow the paved/cobblestone path back to the main trail and head southeast towards the peak. This concludes the easy part. You'll have to stay to the left at the trail fork to take the Climbing Trail up. The trail transitions to paved stairs and switchbacks that begin to climb the steep northwestern slopes. You'll pass a handy but crowded restroom. The path transitions to wooden stairs and some bare rock sections as you pass through some of the best parts of the trail, a series of large rock spires.

Finally, you'll reach the top of the cone. There are a number of resting areas, benches, telescopes, and even a kind of theater like setup for watching the sunrise. You'll have clear views across the huge crater, views back towards the isthmus that connects Jeju to the park, and views of the Pacific Ocean.

Seongsan actually means "Castle Mountain" in Korean, not "Sunrise Peak", though both names are fitting. Sunrise Peak was only formed about 5000 years ago. It was declared a National Monument in 2000, a UNESCO World Natural Heritage site in 2007, certified as a Global Geopark in 2010, and named one of the new Seven Wonders of the World in 2011. 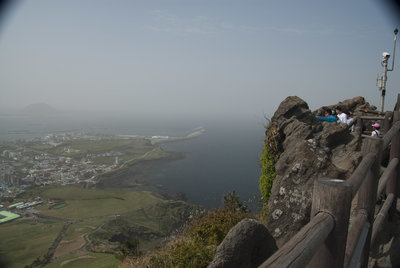 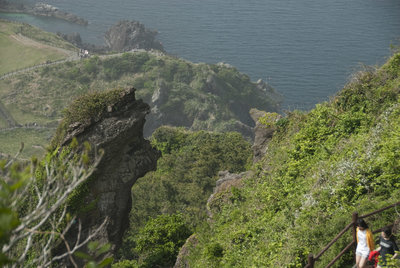 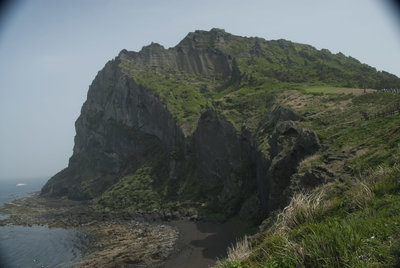 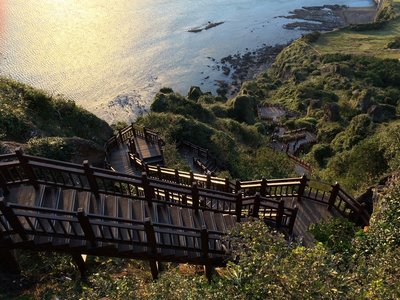 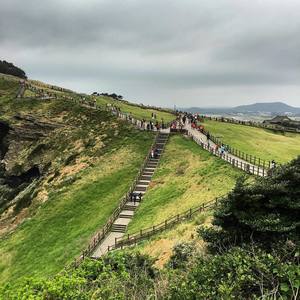