“This is a fun trail with many waterfalls to explore and a huge variety of lush vegetation including flowering bushes. ”

Family Friendly Many waterfalls and the creek to explore. Some plants are numbered with descriptions for them in the Waterfall Loop Nature Trail pamphlet available at the trailhead. Short, easy, and fun.

Reservations required on the weekend due to limited parking and traffic on a one lane road. See the park website for up to date information on how to get a reservation.

To find the Waterfall Loop Road, from the parking area, take the park road towards the campground. Watch carefully for a sign for Waterfall Loop Trail on the left. If while you are on the park road, you go over Swanson Creek on a bridge, you went too far.

Going downstream, Waterfall Loop Road travels right next to the creek at creek level. Little Falls is passed, and an unbridged Swanson Creek crossing is reached at the 0.95-mile mark. After crossing the creek, the trail ends by completing its loop at the first bridge over Swanson Creek.

There is a huge variety of lush creek side vegetation, bushes, flowering bushes, and trees. Pick up the Waterfall Loop Nature Trail pamphlet at the trailhead to learn about and identify several of them. Along the trail, many are numbered with corresponding numbers that have descriptions in this pamphlet. 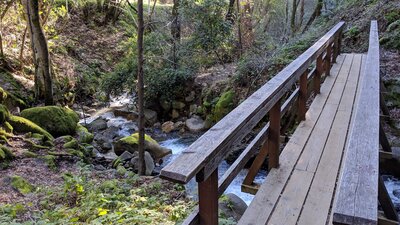 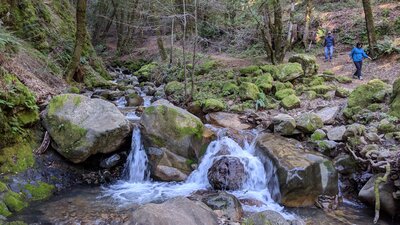 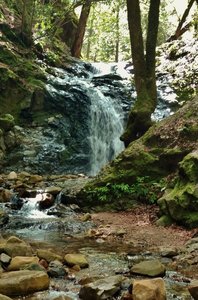 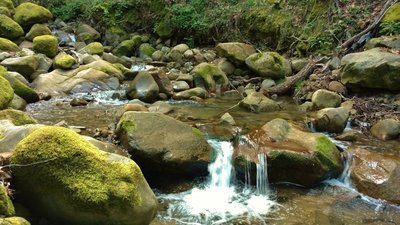 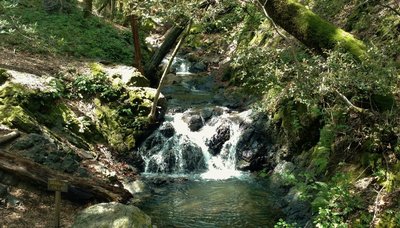 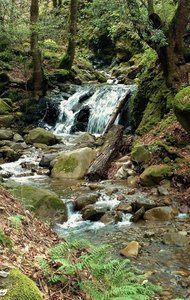