“A newly restored loop in the northern portion of Oregon's Sky Lakes Wilderness. ”

This loop is within the Sky Lakes Wilderness and the usual federal wilderness area regulations and restrictions apply here. Practice Leave No Trace (LNT) backcountry skills and ethics. Camp 100 feet from fragile areas; bury human waste at least 200 feet from water, trails, and campsites. This trail is usually closed by snow between November and May.

This is a demanding, but fascinating, loop around the headwaters of the Middle Fork of Oregon's Rogue River, and through the beautiful Seven Lakes Basin in the shadow of Devils Peak. Several of the trails in this loop have not been open to hikers and backpackers for at least 10 years and thus offer the opportunity for exploration and solitude in one of Oregon's premier wilderness areas.

More work needs to be done on some of the trails in this loop (in addition to ongoing maintenance) so, at the moment, there's some navigating and bushwhacking, but overall, the trails are currently in good shape. The passages through the burned areas are both compelling and cautionary. It can be done as a long run or as an overnight (weekend) backpack but might be even better as a two-nighter. Your primary constraint is the lack of reliable water sources between Solace Meadow and the Seven Lakes Basin (unless you add two miles by diverting to Ranger Spring). This might not be the trip for the beginner, but it could be one for those with a few trail miles under their belt who want to see parts of the Sky Lakes Wilderness few have seen in the last 10 years.

Sections of this loop are within the perimeter of the 2008 Lonesome Complex and 2017 Blanket Creek Fires which dramatically changed the landscape in this area. This loop was cleared of downed trees and brush and made passable again in 2016, but there are many dead trees (snags) still standing in the burned areas; these may fall at any time, so be careful when hiking this loop.

This loop starts at the Middle Fork Trailhead on the west side of the Sky Lakes Wilderness and goes up the Middle Fork Trail #978. About a mile from the trailhead it enters the area burned in 2008 and the scenery changes from a closed forest to still standing snags and open views. The tread here was cleared in 2016 of accumulated obstructions such as large fallen trees (but new ones can happen during the winter) and is relatively easy to see and follow.

At 3.3 miles from the trailhead, you reach a junction with the Halifax Trail #1088 which has also been recently rehabilitated. Follow the Halifax Trail #1088 as it descends a short distance to the Middle Fork. The trail continues on the other side of the water about 100 feet downstream, directly across from a colorful cliff. Getting across the water will require careful wading (which may not be either possible or safe at high water) or the presence of a large log.

Once across the water, the trail begins a well-graded ascent of the slope above Halifax Creek. After about 2.5 miles of climbing through several long switchbacks, the trail levels out and proceeds toward Solace Meadow. At the head of the meadow (its east end), the #1088 ends at its junction with the McKie Camp Trail #1089. The old cabin at Solace Meadow that was destroyed by the 2017 Blanket Creek Fire, as was much of the forest around it. Despite the fire damage, the meadow itself is still green, the spring still provides fresh water (good water sources are not common in this area), and there are plenty of flat tent sites around the old cabin site.

From Solace Meadow, the McKie Camp Trail (USFS #1089) runs north to the Stuart Falls Trail (USFS #1078) - this part has not been restored - and south to the Pacific Crest Trail (PCT) - this part was restored by the Siskiyou Mountain Club in 2016. Unfortunately, the 2017 Blanket Creek Fire then obliterated the Halifax/McKie junction and obscured the start of the southbound portion of the #1089. But the trail crosses the slope directly east and above the old cabin site, so just climb east until you intersect the faint tread.

From Solace Meadow, the #1089 is faint as it trends southwest past the boundary of the Blanket Creek Fire. Once past that, the trail becomes much easier to see and follow as it climbs, eventually through unburned forest, to meet the Pacific Crest Trail (PCT) at a signed junction just south of Maude Mountain.

Take the PCT south past signed junctions with the Ranger Spring and Seven Mile (USFS #3703) Trails, to a possible camp at Honeymoon Creek (if there's water in the creek). Otherwise, continue along the PCT to a junction with the Seven Lakes Trail (USFS #981) where you stay can either go left on the PCT to its junction with the Cliff Lake Trail (USFS #983) and then follow that trail to campsites at Cliff Lake or you can follow the #981 to campsites at Grass and Middle Lakes.

From the lakes, follow the #981 south to its junction with the Alta Lake Trail #979 and take that trail north past beautiful Alta Lake, past a junction with the King Spruce Trail #980, to a junction with the upper (southern) end of the Middle Fork Trail #978. Descend the #978, which involves many switchbacks on good to excellent trail. At the canyon bottom, the trail makes a sharp turn to the west and descends along the Middle Fork. For the next 2 miles, the trail may be hard to follow due to low-growing vegetation and the effects of the 2008 fire. The trail has been cleared of accumulated brush and obstructions such as large fallen trees, but new ones appear after every winter. The easiest way to get through this section is to look for the ends of logs that were cut to clear the trail - they're pretty easy to spot and you'll usually find a visible piece of trail near them.

Once back at the junction with the Halifax Trail #1088, the tread becomes much easier to follow, allowing you an easy return to the trailhead and your completion of the Rogue Wolf Loop.

In 2015, the Siskiyou Mountain Club got together with Rogue River-Siskiyou National Forest and the Pacific Crest Trail Association to identify a loop in the Sky Lakes Wilderness that had disappeared due to fire damage and long deferred trail maintenance (one tree removed from the middle of the tread was 28 years old). Through the incredible work done by the Siskiyou Mountain Club, REI, and the Rogue River-Siskiyou National Forest, this loop was cleared of downed trees and brush and made passable again in 2016. 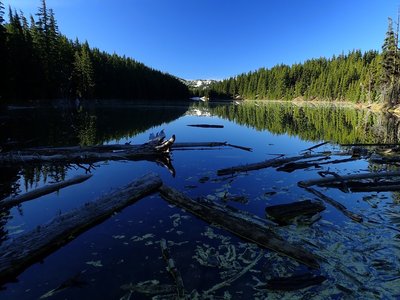 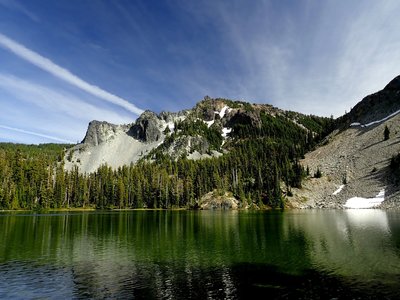 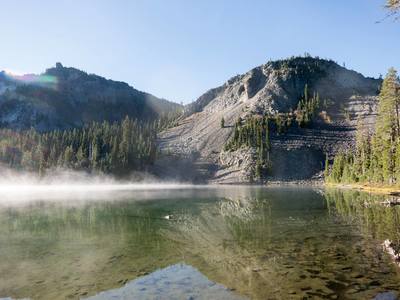 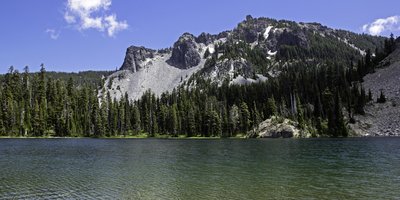 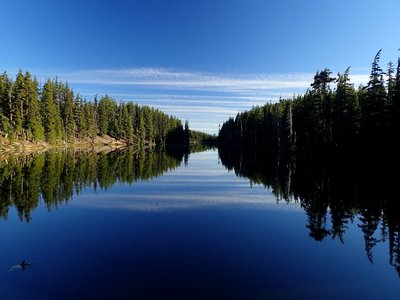 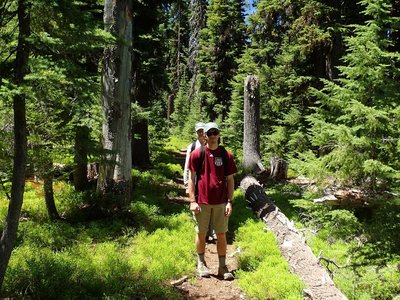 Jul 4, 2020
Joe Clark
Did the loop as a day hike with some running when the trail allowed, which wasn't often. 29mi — 12h 00m
Jun 15, 2018
Bruce Hope
Did the loop in 2 days. Only tricky part was the 2 miles of the Middle Fork Trail south of its junction with the Halifax Trail.