“A long but "easy" route up the 2nd highest peak in Colorado. ”

This is a great way to get to the top of Mt. Massive without much if any scrambling (class 1 to class 2). It follows the CDT along an easy wooded section and then spends nearly 6 miles above treeline, so be mindful of weather! The views once above treeline are incredible: nearly the whole Swatch Range opens up to the south. It is also way less trafficked than it's neighbor Mt Elbert which is only 12 feet higher.

Mt. Massive is in the Mt. Massive Wilderness area so wilderness rules apply. This hike spends nearly 6 miles above treeline so get an early start to avoid thunderstorms.

Parking for Massive is available off of Halfmoon Road (110) where the CDT crosses. The parking area isn't huge but is unlikely to fill up. Should it be full you can park in the larger Mt. Elbert parking area and take the Mt. Elbert trail to north on the CDT for ~0.5 miles to get to the trailhead (or hike on the road).

Begin by heading north on the well marked and maintained CDT: Halfmoon Creek to Timberline Lake (CO Sec. 24). This is the easiest part of the trail as it slowly gains about 1,000 feet of elevation over 3 miles through forest. There are a few meadows along the way that break up the forest a bit, but for the most part you'll only see trees along this stretch. At about 2.25 miles you'll cross South Willow Creek which can be dry. In just over another half mile you'll cross Willow Creek. Keep an eye out for the Mt. Massive Trail shortly thereafter - it'll be on your left.

Begin up Mt. Massive Trail. The first half mile will be similar to the CDT through forests, but after that the trees thin out as you gain elevation, and within a mile you'll be above treeline. You'll be above treeline all the way to the summit and back to here, so keep a keen eye on changes in the weather - you don't want to get caught in a thunderstorm. The trail basically follows a ridge for the next 1.5 miles from tree line (to about the 5th mile total) that steadily climbs without obstacles. After this the trail follows the bowl between the South Peak and the main summit and gets steeper. However, it only reaches class two - this is a "walkable" mountain.

You'll hit the shoulder between the South Peak and the main summit. Turn north (right) to follow the remaining ridge to the summit. If you follow the trail you should not encounter anything over basic class 2 along this last stretch. Spend some time at the top enjoying some of the best views of Elbert and the entire Swatch and Mosquito Ranges before retracing your steps back to the trailhead.

Note, there are routes to many of the five other 14,000+ foot peaks on the Massive massif, if you want to spend some more time. The most accessible on this route would be the route to the southern peak, which you'll pass at the shoulder.

14,428 foot high Mt. Massive is aptly named: it's the second tallest peak in the Rockies and Colorado and has five peaks over 14,000 feet. It's only 12 feet lower than Mt. Elbert and only about 7 feet higher than Mt. Harvard. Fans of Massive once tried to make it taller than Elbert by stacking rocks. It's also the third highest in the contiguous US, but has more area over 14,000 feet than any other mountain in the 48. 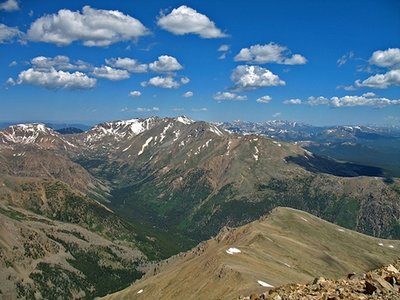 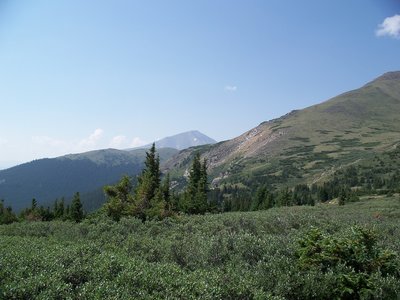 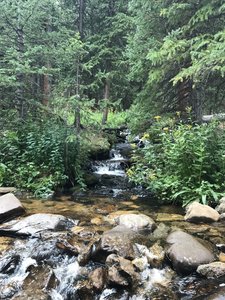 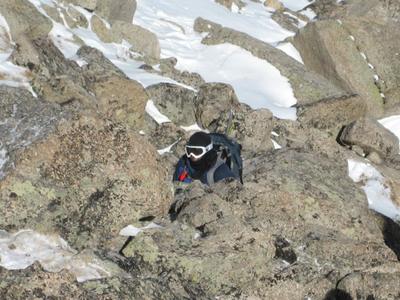 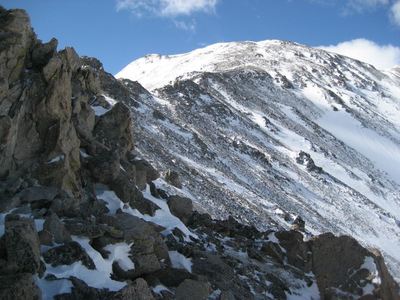 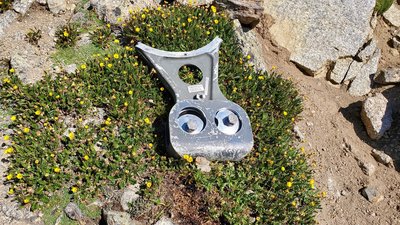