“A route exploring the Seven Coloured Earths of Chamarel offering a variety of views and tortoises to look at. ”

To enter the Seven Coloured Earths of Chamarel, you'll have to pay a fee at the entrance gate near the beginning of the road based on the number of occupants in your vehicle. Various hotels also offer shuttles here. Parking is at the end of the road, making it easy to find.

The Seven Coloured Earths of Chamarel, or Terres des Sept Couleurs in French, are sand dunes that are seven different colors. Although not a large feature, the geology is interesting and worth a visit if you're in the southwest of Mauritius. The trails are all very easy, and the area is built up into a bit of a tourist-trap-status with clean bathrooms and cafes.

The dunes were formed as volcanic rock cooled at different speeds resulting in seven colors, roughly speaking: brown, violet, red, green, purple, blue-ish, and yellow. Although made of sand, the dunes have not eroded quickly, but have a series of "waves" that create a very artistic experience.

The trail begins at the northern end of the parking area where you'll pass a little guard both that will validate your tickets. Head straight northwest on the well-built trail to a series of intersections allowing you to visit the cafe and lookout. Then head around to the far (not that far) side, and so on.

There is a display with the Seven Colors shown in baskets that can be very helpful for discerning them in the actual dunes, otherwise you may think it should be called the four or five coloured earths. There is also a small pen containing large endemic tortoises on the eastern edge that is worth a quick visit. 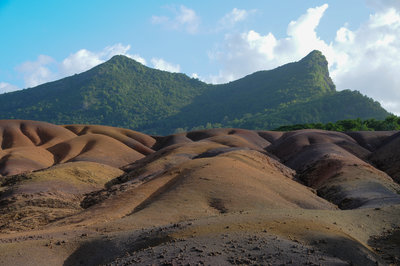 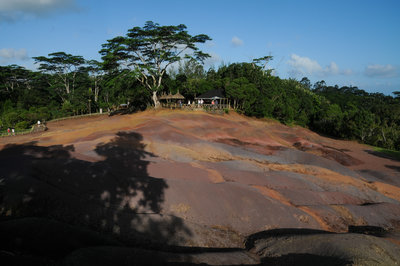 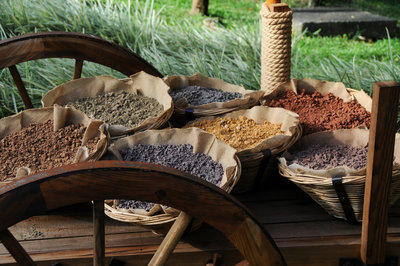