“A spectacular off-trail crossing between Deluge and Gore Lakes via Snow Pass. More wildflowers than you can handle. ”

This has been hidden from our maps to prevent overlap with existing trails, or because our research has found there is no legal access.

While the use of this trail is permitted, the trail is not maintained and navigation may be difficult or impossible, depending on conditions.

The Gores are as rough and wild as anyone could possibly want. This is not, strictly speaking, a trail, but it's definitely the path of least resistance between two of the spectacular basins on the southwest side of the range. That said, you'll be traversing some steep talus and scree slopes and tromping through alpine meadows before you're done.

Leave the trail at the southern point of Deluge Lake and head across the flats to the east. Snow Pass is the obvious low-point on the ridge between Snow Peak on the right and the unnamed Pt. 12835 on the left. Pick the most obvious line and start upwards. You may find a use path if you aim for the left side of the pass, then do a climbing traverse to the right.

After 0.5 miles of 40-50% grade, huffing and puffing, you'll arrive at Snow Pass and the world is your oyster. Enjoy the spectacular views and the fact that it's all downhill from here. Indeed, the far side of Snow Pass is much more gentle than the Deluge Lake side. Pick a good line down toward the north (left) shore of the lovely Snow Lake traversing tundra and scree fields.

Beyond Snow Lake, follow the outflow stream (wildflowers!) to about 11,900' before turning right and heading southeast up a short ridge hopping on talus blocks. From the top of the ridge, you'll be able to see the basin in which Gore Lake lies. Make your way across tundra and through small stands of trees to the north shore of the lake. The Gore Lake Trail picks up at the outflow (east side) of the lake. 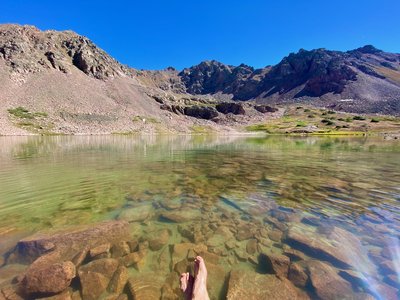 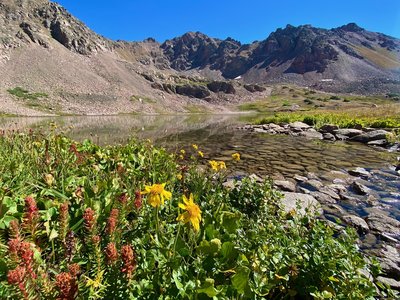 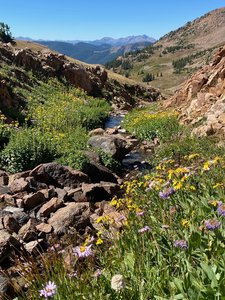 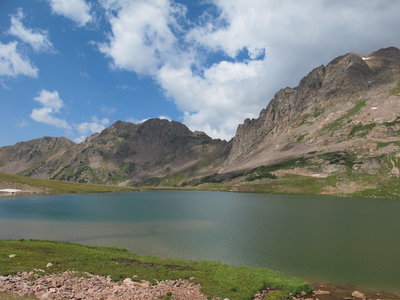 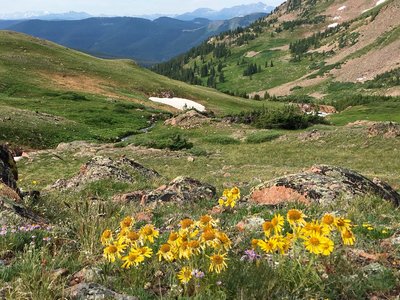 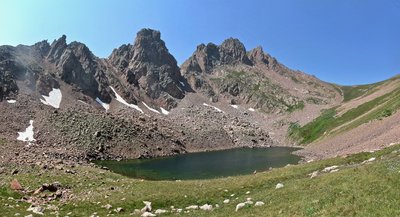 Mesa Cortina to Gore Range Trail Out and Back