This map starts at the head of Soapstone Trail on Rolling Road, but could just as easily start at Ilchester or Landing Road, or even at the Swinging Bridge, catching Cascade Falls Trail to head to the route.

There are water fountains/restrooms at the Avalon picnic area and the picnic area at the bottom of Soapstone Trail - however, these are closed in the winter and unreliable with COVID. Good water drop points are marked with ** in the description. Parking at Rolling Road trailhead will not incur an entrance fee.

From Soapstone trailhead, take the right-most trail, which will put you on the west side of the valley over the primary Soapstone route. You'll catch a connector that's easy to miss taking you up to Bull Run. Follow Bull Run to the right until you hit the Santee Branch to Bull Run Connector, then right on Santee Branch Trail

At the end of the dirt road, cross the paved road and continue. When given the choice, keep straight/right, cross the creek, and turn right. At the Y intersection, take a right onto College Loop, following it down through the stream and back around to cross the stream again. Follow the trail immediately to the left after the second stream crossing (it looks like it goes straight, but this will put you out on the road above where you want to be). Rejoin Santee Branch Trail, take it to the right, crossing the paved road into Hilton area. You'll cross the camp road three times before running into Charcoal Loop Trail, where you'll turn right. Turn right shortly after the road crossing on Loose Rock Loop.

A word of warning, there are many trails, marked and unmarked, coming in from the right. Use this app to stay on the correct trail. At the time of this writing, there were wide but low cairns marking the main intersections where you'll turn left. The trail will finally descend sharply to the creek below. Cross the creek and join Sawmill Branch Trail on the other side, heading right/uphill. You'll approach Hilltop Road then sharply left to parallel the road to the parking area** for Buzzards Rock Trail, which is the one you'll follow. Take in the scenery at the rock and continue downhill, following Buzzards Rock Trail until it joins the paved Grist Mill Trail. Turn right on the paved path and follow it across the bridge to Ilchester Road**, turn left on Ilchester and hike the shoulder until you see the trail going across the guardrail. Hop the rail and you'll be on an old, paved road that has eroded and buckled.

You'll follow the river to shortly past the old observation point, catching a trail that connects the old Bloede Dam to Cascade Falls Trail. It's marked with one of the flat, brown, fiberglass park signs. It climbs and crosses two bridges before joining Garrett's Pass briefly until it comes to a Y. You'll veer right, off the Pass, following the old Cascade Falls loop until coming to a 4-way intersection with the Pass, where you'll turn right, taking you to Landing Road**. Continue straight past the information board, crossing Cascade Falls, and heading parallel-ish to Landing Road. You'll cross one paved road (Norris Lane) and continue. There are two spurs to the right that will take you back to the road, so keep left, then at the next intersection keep right. You'll come across a stream rather abruptly, which you'll cross and then start climbing again until a 4-way intersection with Morning Choice Trail.

Continue straight through the 4-way, you'll go through a clearing, and multiple river crossings until you join Rockburn Branch Trail, where you'll take a right until you connect with Ridge Trail, again a right. Follow the path with a good descent where you can open up. The trail ends at River Road and Avalon picnic area**. Follow the road right, across the bridge then take the trail to the left, which ends at the parking lot for Grist Mill, where you'll go through the tunnel and follow the road to the end, with another parking area**. Here, get ready for the final ascent, following Soapstone Trail Reroute, nearly all uphill, back to the Rolling Road parking lot. 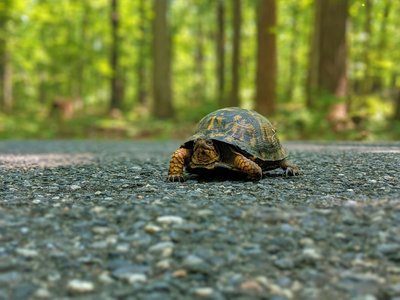 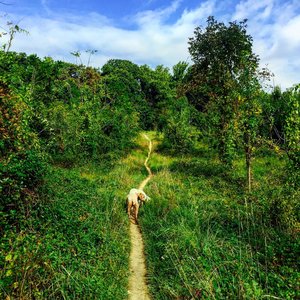 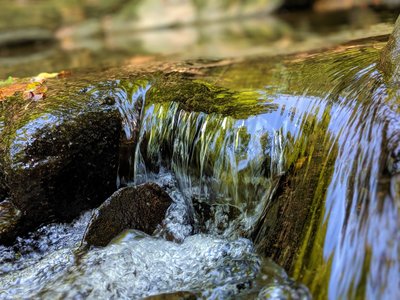 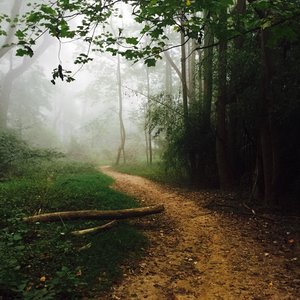 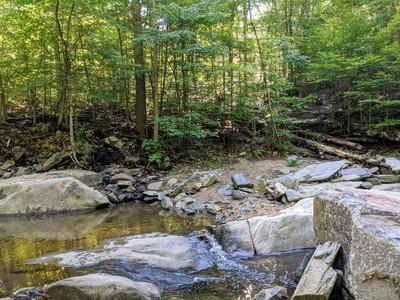