“Dip into Hocking County and get a taste for of the Hocking Hills. ”

This hike is a loop through the Boch Hollow State Nature Preserve in Northern Hocking County. The route follows parts of the Buckeye Trail and local trails in the Preserve.

There are no fees to park or hike in this preserve. At the West Trailhead there are no public restrooms, but the preserve office is about a five minute drive. The trail is mostly singletrack with a few small segments of wider grassy trails that are maintained by preserve staff. While there are no dangerous cliffs, footing can be slippery during rain.

The route starts at the West Trailhead which has ample parking and a new bridge to connect you to the trail. Waypoints are well-marked on posts along the trail; each containing a trail map to guide you through the preserve.

From the West TrailHead, the route takes you through mature forest passing by rock formations and recesses that are characteristic of the Hocking Hills Regions as well as three ponds. There is a majestic stand of mature Beech trees along the trail between waypoints H and K.

At Waypoint K, turn left and follow the Cemetery Trail which winds along the side of a hill with a lovely expanse. The Cemetery Trail dumps you out of the hills near some Preserve buildings. Waypoint M marks the ½ way point of the loop allowing for some rest before climbing back into the hills.

Inclines are gentle in the preserve relative to other parts of the Hocking Hills and the route contains several switchbacks to ease the climbs. At waypoint H, bear right and follow the Meadow Trail which traces its way along the bottom a hill before curving around and up to meet waypoint F.

From there, follow a grassy connector trail back to waypoint G. At waypoint D, bear right and follow the Pond Trail. The Pond Trail has some fairly steep up and downs and leads you to the third and largest pond in the preserve. The short segment between waypoints B and C wind through a wide meadow nestled between several hills and deer were active during my hike through this segment.

From Waypoint B it is about a mile of back tracking to reach the West Trailhead.

This hike offers mature woods of beech, oak and walnut. In late fall watch for falling acorns and walnuts. Green ferns were prevalent along the segment between Way Points A and B. Deer and squirrel were active during the hike. 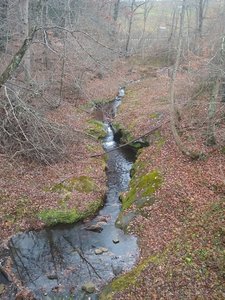 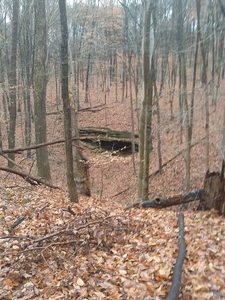 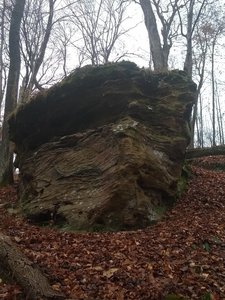 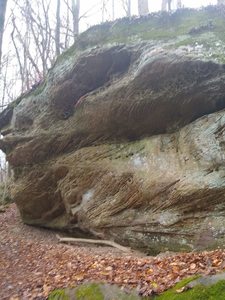 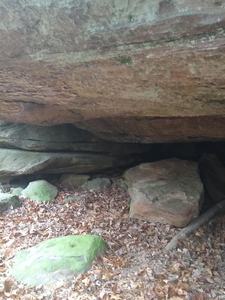 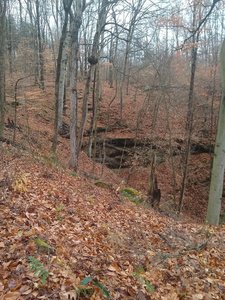 All Clear 83 days ago See History