“The Cataraqui Trail is a year-round, shared-use recreation trail along a decommissioned CN rail line. ” All users are encouraged to purchase an annual (Jan to Dec) $25 membership.

The Cataraqui Trail is a year-round, shared-use recreation trail. In spring, summer and fall it welcomes everyone from hikers to cyclists. In winter it is open to snowmobilers bearing a current Ontario Federation of Snowmobile Clubs trail permit. Cross-country skiers are welcome to share the trail.

The 104 km non-motorized trail contains a variety of geographical features and has a historical past. Built upon the former CN rail line, the multi-use trail runs east to west and passes through a number of communities including Portland, Chaffey's Locks, Sydenham and Harrowsmith. Today, the recreational trail is used by cyclists, runners, horse riders, snowmobilers, cross-country skiers and people just out for a stroll, enjoying spotting wildlife and the natural surrounding.

From Smiths Falls (km 0) to Chaffey's Lock (km 42) the trail passes through flat farmland and woods overlying limestone and sandstone. From Chaffey's Lock (km 42) to Eel Bay (km 68.5) on Sydenham Lake, the trail traverses a neck of the Canadian Shield known as the Frontenac Axis. This links the vast Shield country to the north with its smaller but most impressive southern extremity, the Adirondack region of upper New York State. The Shield country is identified closely with its dominant geological characteristics of rugged, hilly forests, plentiful lakes and swamps and numerous outcrops of attractive pink granite and grey gneiss. From Eel Bay (km 68.5) to Strathcona (km 103) the trail crosses mainly flat agricultural land known as the Napanee Plain.

When crossing the agricultural landscape, the trail right-of-way is generally bordered on both sides by a narrow, natural hedgerow of sun-tolerant native trees, shrubs and plants. This provides ideal habitat for a wide variety of insects, birds and small mammals. In swampy areas, the right-of-way offers a dry respite to the surrounding marshes much appreciated by egg-laying turtles who will take advantage of the gravelly banks along the edge of the trail. In forested areas, the trail provides sunlit edges which permit the growth of sun-tolerant vegetation such as wild apple trees, berry bushes and grass, thereby enhancing the forage possibilities for numerous animal species. The observant trail user will encounter: a variety of birds including herons, ospreys and turkeys; several varieties of turtle including the snapping turtle; several species of snake including the endangered black rat snake; and mammals such as mice, chipmunks, squirrels, rabbits, otters, foxes, coyotes, and deer.

The history of the Cataraqui Trail starts back in the 1800's with the construction of a number of railways in eastern Ontario. Following deregulation of the railway industry in Canada, CN has abandoned or sold many former branch lines in recent decades, and over time rails and ties were removed and parts of the rights of way sold off. Train services along this line were discontinued in 1986, the ties and tracks were removed in 1989. The section of this line was sold to the Cataraqui Conservation Authority in 1998. 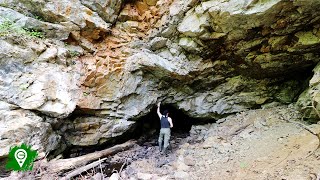 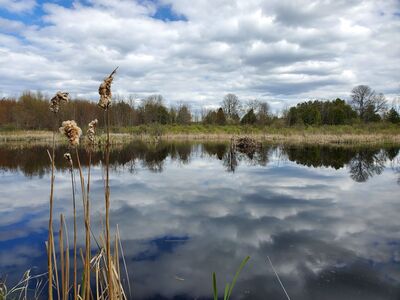