“Truly memorable scramble up and down a rocky ridge with amazing Aletsch glacier views at every turn. ”

Check all lift operating times to ensure you don't get stranded without a ride down. Also Hohfluh lift usually opens later in the summer season than the others. Lifts can close in bad weather, so plan accordingly!

This is a really special route that combines challenging rock scrambling along a high alpine ridge with 360-degree jaw-dropping views. Folks with a sense of adventure will be well-rewarded!

The UNESCO designation of the Eigishorn to Bettmerhorn portion of this trail does not indicate a difficulty level of the trail - instead, it indicates that it is of significant worldwide natural heritage and considered to be of outstanding value to humanity.

This first part of the trail is fairly difficult and should only be attempted in clear weather by reasonably sure-footed people. It may not be appropriate for children. You'll need to scramble over and around rocks and watch carefully for the blue and white paint markings to guide you along the route. Don't proceed until you can see the next paint marking ahead of you, they will guide you on the safest and most stable path (people have placed flat rocks to cover gaps and provide stable footing, use them!).

Sections of stairs, wooden ramps, rebar posts and hand-cables protect tricky or exposed places on the UNESCO part of this route, but the trail from Bettmerhorn to Moosfluh and Moosfluh to Hohfluh is much more mellow - with minimal scrambling and much easier route-finding.

All these warnings aside... this is a wonderful hike that is highly recommended! Take the Eiggishorn lift up to just below the summit of the Eiggishorn peak. After exiting the tram station, walk through the viewpoint area, taking in the sight of this massive glacier. Proceed southwest, down the ski run following the signs toward the Bettmerhorn tram. Descend and then walk across a long and sculpted saddle hemmed in on both sides by skier netting. A steep ascent follows. Clamber up and over rock boulders and through slots, using hands for stability and the occasional cable railing. Enjoy great views of the glacier on one side, the Zermatt peaks ahead and across the home valley on the other side.

After an extensive series of mini-summits and saddles, a steep descent to the Bettmerhorn lift begins. Most of the cables, steps and ramps on this UNESCO section can be found on the last 0.5 miles before the Bettmerhorn lift. Just watch your footing and take it slow. (Note: if you want to cut this route short, you can descend either the Bemmerhorn or Moosfluh lifts instead of finishing and descending the Hohfluh lift).

Upon arrival to the Bettmerhorn lift, pop into the round restaurant building for a snack/drink and enjoy the glacier overlook. Regain the ridge, following signs for Moosfluh and red/white paint. The travel is easier now, and you'll pass through grassy areas with swampy spots and rocky outcrops. The descent is steep but over time you'll have more dirt/grass surface and less rock and rubble surface. From this perch, you can see all the ski lifts, ski runs and snowmaking ponds stretching below you. Crest another hill and pass behind the Moosfluh lift.

The remainder of this hike to the Hohfluh lift is more level. It rolls across the ridgeline and covers similar rocky and grassy patches of terrain. One neat aspect of covering this much distance is that as you move along the glacier, its views and aspect changes. Finish up at the Hohfluh lift.

The part of this trail from Eiggishorn lift to the Bettmerhorn lift has been designated a UNESCO hohenweg (ridge path). 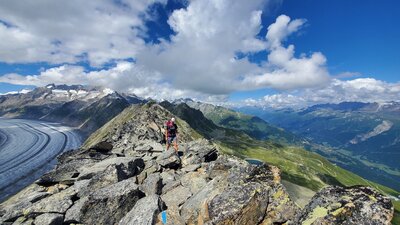 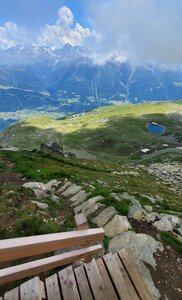 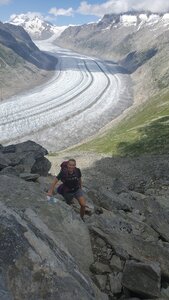 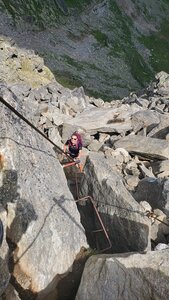 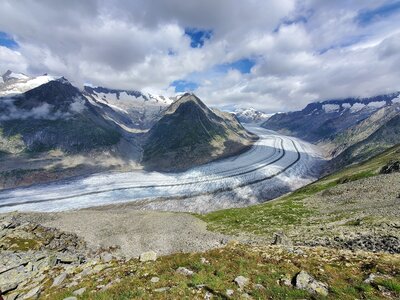 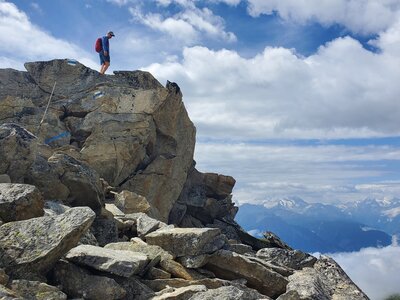